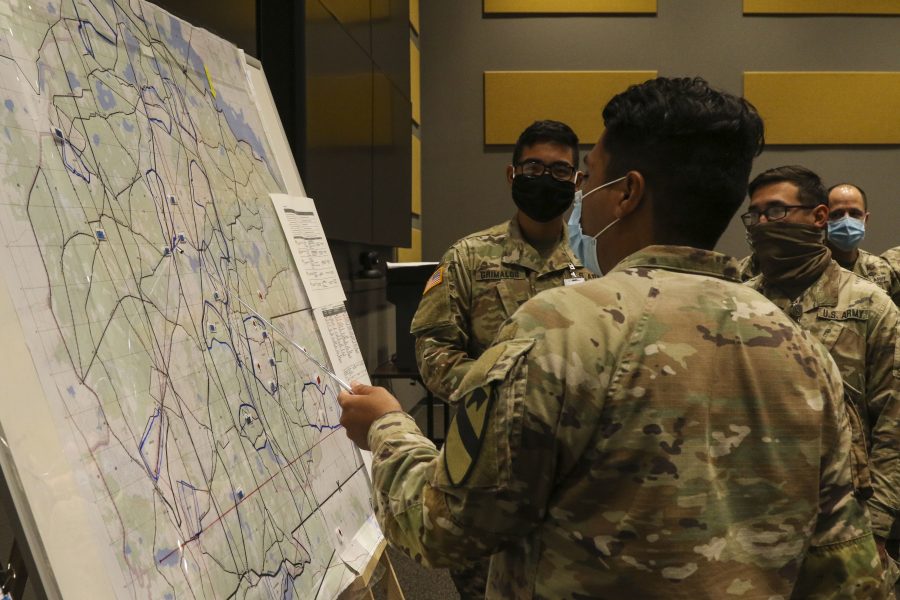 EUCOM Moving Ahead with Massive ‘Defender Europe’ Exercise Despite COVID-19

U.S. European Command is moving forward with its biggest exercise—expecting about 31,000 personnel from 26 countries—despite the ongoing COVID-19 pandemic, but officials are ready to scale back if health concerns require it.

The annual Defender Europe exercise will bring together air, land, and sea participants to operate in 12 countries from the Baltics to Africa in late spring and early summer. Last year’s exercise was originally planned to be one of the largest military training events in Europe since the end of the Cold War, but it had to be dramatically scaled down as COVID-19’s spread shut down much of the world.

“It’s an all-domain exercise, it’s going to demonstrate our ability to lift and shift large forces over large swaths of territory,” said USAF Gen. Tod D. Wolters, commander of EUCOM and NATO Supreme Allied Commander Europe. “As we speak, planning is ongoing and we’re all very, very excited about embracing the exercise.”

The massive amount of personnel and wide range of countries expecting to participate will be complicated, as different nations have handled the pandemic in different ways and travel restrictions remain. Wolters said officials examine these issues daily.

While the goal is to keep the participant level at 31,000 “ready, willing, and able to touch all 12 separate nations,” Wolters acknowledged in a teleconference with reporters that “with each passing second we realize there may come cases where we can’t do that.”

The command has scheduled “cutoff points” in its plans, milestones where if certain metrics related to COVID-19 aren’t met the exercise can downsize or change.

“We make decision points all the way leading up to the exercise to get as much as we possibly can out of the exercise when we do ultimately start it,” Wolters said.