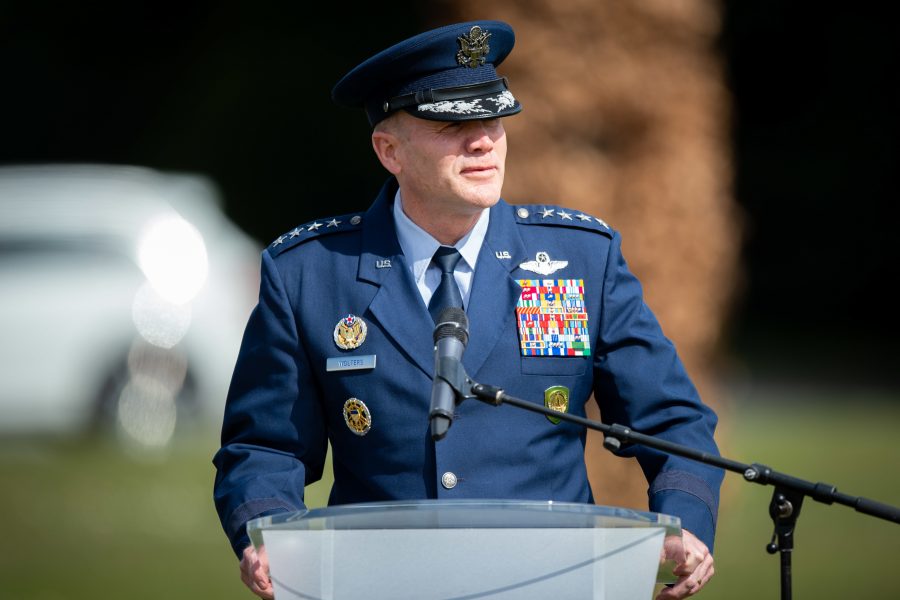 U.S. forces in Europe continue to meet key missions, including air policing and an enhanced forward presence for deterrence, even as major exercises are downsized or outright canceled, the head of U.S. European Command said.

USAF Gen. Tod Wolters, EUCOM boss and NATO Supreme Allied Commander-Europe, told reporters these critical U.S. and NATO missions remain on track despite the impacts of the new coronavirus outbreak. However, the command was forced to downsize the major Defender Europe 20 exercise, which still has about 5,700 American soldiers deployed to participate, and may have to make similar adjustments for this summer’s BALTOPS exercise.

“We’re working very, very hard to squeeze as much as we can out of what we have available, but we have preserved all of the operational missions, and those exercises that we’ve had to postpone or cancel, we’re looking at the innovative ways that we can squeeze as much learning out of each and every one of those events as possible,” Wolters said in a teleconference with reporters.

As BALTOPS approaches, U.S. and allied nations are looking at each training event to see if they can be preserved to meet the main objectives of the annual event, Wolters said.

“We will be constantly adjusting the scope and scale of our exercises … [and] if there is an ability to execute the exercise in its totality, we will attempt to keep it on track, and if there is no ability to do so, we’ll look at cancellation or postponement,” he said.

For those exercises that are canceled or postponed, Wolters said NATO, at the headquarters level, will look at the objectives of each and ensure field commanders can address those mission areas “to ensure that we can adequately deter and defend,” he said.