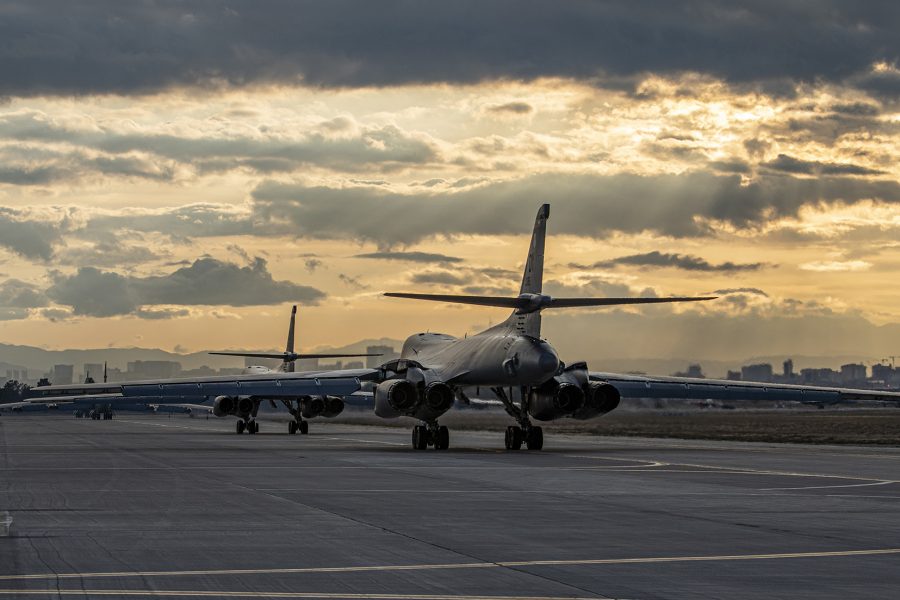 The Air Force’s 2021 budget request falls short of a touted $30 billion realignment, which was expected to include wholesale retirements of major systems, according to spending documents released Feb. 10.

Since last fall, Chief of Staff Gen. David Goldfein and former Undersecretary of the Air Force Matt Donovan, have predicted a $30 billion transformation in the ’21 budget, aimed at joint-service connectivity, space, “logistics under attack,” and combat power. They hinted the entire B-1 bomber fleet, and possibly other platforms, would be retired to pay for the new initiatives, meant to better align the Air Force with the National Defense Strategy.

No wholesale retirements are in the new budget, however. The Air Force is asking that 17 of the worst-shape B-1B bombers be retired, along with 44 of the “least ready” A-10s, some 24 Block 20/30 Global Hawk ISR drones, 16 KC-10s and 13 KC-135 tankers. Additional reductions were proposed to the C-130 fleet, which will see 24 H models retire, to be replaced by 19 J models, which are more capable.

None of the types slated for reduction will go to zero, which would have allowed major savings with the elimination of their logistics and support trains. The Air Force did not give a sum of what savings those retirements will generate, but did say its “Zero-Based Review” in the last few months came up with $4.1 billion in spending cuts over the next five years, which may include some of the airplane retirements.

Goldfein told reporters in January the service “didn’t get everything we put on the table,” but it did get “a lot.”

Maj. Gen. John Pletcher, USAF budget director, told reporters at the Pentagon on Feb. 10 the fiscal ’21 budget is “an integrated design” to move USAF toward the future. He agreed that the budget is not a blueprint for the “Air Force We Need” of 386 combat squadrons, but it begins that journey. The 386 goal “is not dead,” he said.

The old RQ-4s, which lack the ability to “talk” to all the services and their disparate platforms, will be replaced with five new E-11 Battlefield Airborne Communications Node airplanes, and the U-2 Dragonlady will be retained, Pletcher said. The service looks to cut 44 A-10s from the Guard and Reserve, though a total of seven Warthog squadrons will be kept into the 2030s, he said, receiving both new wings and other upgrades.

The MQ-9 Reaper attack/surveillance drone fleet will be reduced from 70 to 60 “lines,” Pletcher said, eliminating 10 that were operated by contractors.

The budget includes a sharp reduction in production of some “preferred” munitions:

Last year, Air Force officials predicted it could take up to five years to restock these preferred munitions, which were heavily drawn down in the anti-ISIS fight, but Pletcher said the service needed to shift from older weapons to development of newer ones. The budget includes a slight uptick in purchases of the stealthy, standoff Joint Air-to-Surface Standoff Missile-Extended Range missile from 390 to 400 units, and a doubling of the radar-guided dogfight AIM-120D Advanced Medium-Range Air-to-Air Missile, from 220 units to 414.

USAF officials also have said the budget will preserve readiness gains made in the last few years, but in reality it reduces flying hours from 1.32 million hours to 1.23 million.

Funding for the Presidential Aircraft Replacement program; the new Air Force One, will be $801 million in fiscal ’21, Pletcher reported, up from $758 million enacted in FY ‘20.

Strategic systems were heavily funded in the new budget. The Ground-Based Strategic Deterrent ICBM replacement program was tripled in ’21 to $1.525 billion, although the B-21 bomber’s development funding sagged from $2.982 billion to $2.848 billion. The Long-Range Standoff missile, which replaces the AGM-86 ALCM, saw a development decrease from $713 million to $414 million, without explanation.

A high research and development priority is the Advanced Battle Management System, doubling from $144 million to $302 million for “additional experiments,” Pletcher said. The Next-Generation Air Dominance program also saw a boost from $905 million to $1.044 billion, to be aimed at developing a rapid digital design enterprise to produce future fighter-like craft.