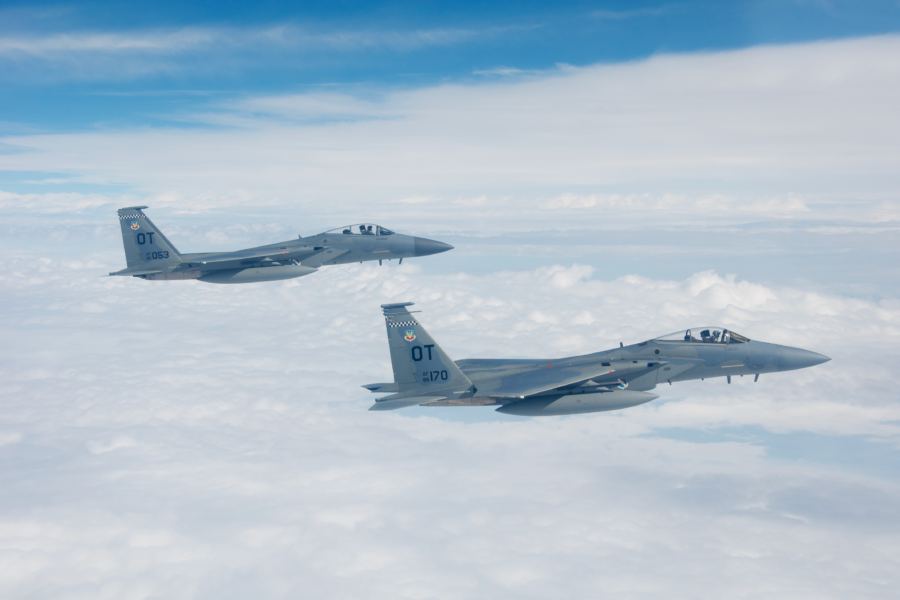 An F-15C Eagle set a record for the longest air-to-air kill, but we won’t know what the record is.

In March, an F-15C fired an AIM-120D Advanced Medium-Range Air-to-Air Missile at a BQM-167 targeting drone in the longest known air-to-air missile shot to date, resulting in a “kill” of the target from the farthest distance recorded, the 53rd Wing said in a release. However, the wing would not release the length of the shot, or the previous known record.

The 28th Test and Evaluation Squadron and 83rd Fighter Weapons Squadron partnered for the test, which took place out of Tyndall Air Force Base, Fla., as part of Weapons Systems Evaluation Program-East.

The 53rd Wing said since the event took place with WSEP and in partnership with the 83rd FWS, the 28th TES conducted the test “at a relatively low-cost.” The test also “exercised existing long-range weapons testing infrastructure and laid the ground work for modernizing range capabilities in support of future long-range weapons testing” at the Eglin Gulf Test and Training Range.