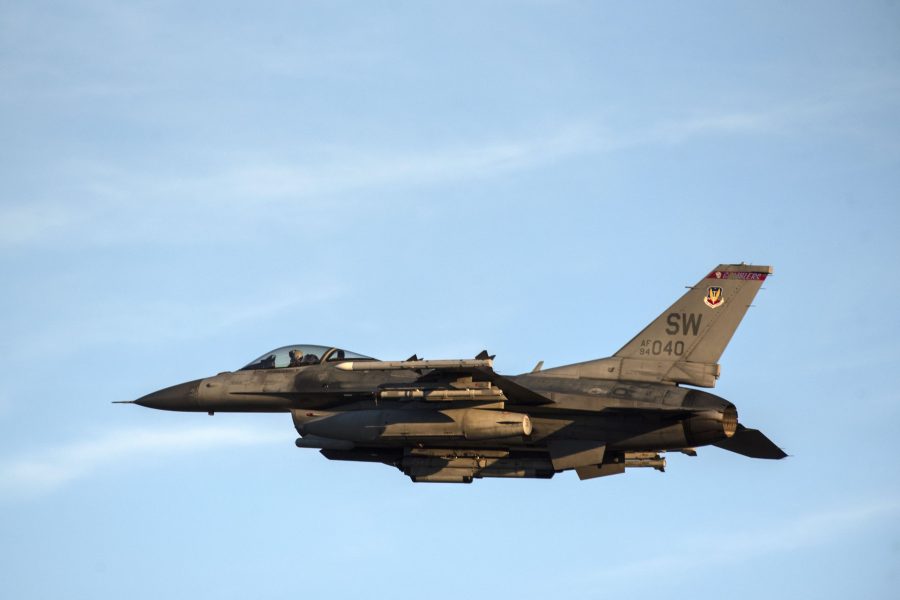 A pilot was killed late June 30 when an F-16CM crashed upon landing during a routine training mission at Shaw Air Force Base, S.C.

The crash occurred at the base around 11:30 p.m., with videos posted online showing emergency crews attempting to put out a large fire on the flightline. Col. Larry Sullivan, commander of the 20th Fighter Wing, in a video posted on the wing’s Facebook page, said the next of kin notification process is ongoing, and asked for privacy for both the pilot’s family and the squadron.

The cause of the crash is not yet known, according to the base. An accident investigation board will convene to investigate the mishap.

The June 30 mishap is the latest in a series of serious crashes of Air Force jets within the past few months. On June 15, an F-15C from RAF Lakenheath, England, crashed in the North Sea killing its pilot. On May 19, an F-35 from Eglin Air Force Base, Fla., crash landed at the base. Days earlier, an F-22, also from Eglin, crashed north of the base. Both the F-35 and F-22 pilots successfully ejected.

The last crash of a Shaw aircraft took place in July 2015, when an F-16CM from the 55th Fighter Squadron collided with a civilian Cessna 150M, killing two aboard that plane, though the F-16 pilot was able to eject.

Editor’s Note: This story was updated on July 1 at 6:03 p.m. EDT to correct the date of the RAF Lakenheath crash.