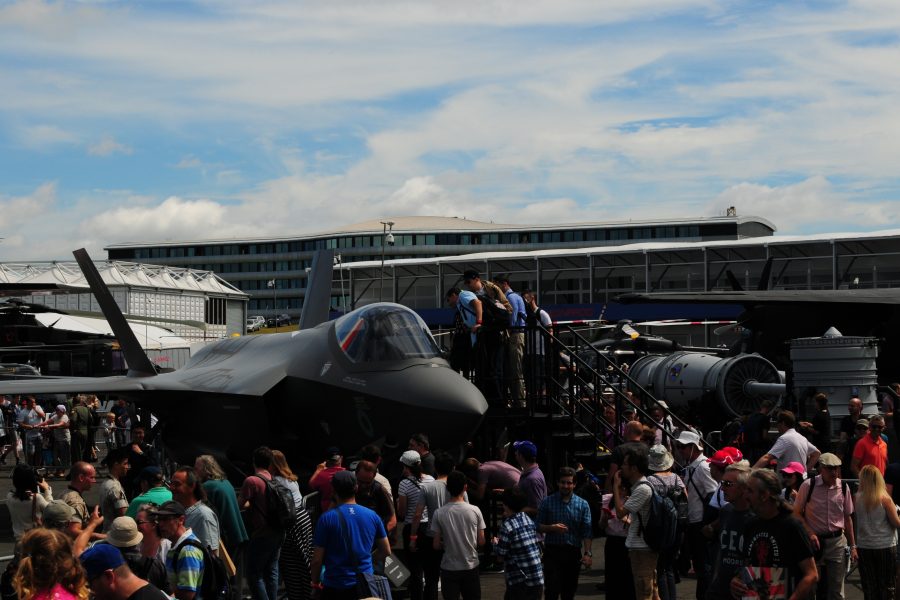 England’s Farnborough International Airshow and Royal International Air Tattoo, both originally slated to take place in July, have been canceled due to the new coronavirus pandemic, indicating the outbreak may have a long-term impact on the global defense industry.

“After very careful consideration, the unprecedented impact of the global coronavirus pandemic has forced this decision in the interests of the health and safety of our exhibitors, visitors, contractors, and staff,” wrote the Farnborough International Board of Directors in a March 20 letter posted to its website. “This decision was reached taking into consideration several major factors surrounding the outbreak of COVID-19, all of which we have concluded make it impossible for us to create and host the airshow this July.”

Farnborough, a five-day airshow in rural England, is one of the largest in the world, with more than 1,500 exhibitors and over 80,000 visitors, not including the post-trade days public event. In 2018, there were 98 military delegations from 66 countries in attendance and the United States alone announced $192 billion in orders, according to the show’s website.

Show organizers announced in February they were working to accommodate additional exhibitors, citing a “record demand for space.” The leading theme of the 2020 show was to be aerospace sustainability, but the show also was to focus on the space industry, combat air, and all aspects of the urban sector, according to a February release.

The Royal International Air Tattoo, which immediately precedes Farnborough, also has been canceled because of the outbreak. The 2018 show included aircraft from 28 countries, as well as NATO and the Strategic Airlift Capability.

“At the heart of this difficult decision is our firm belief that staging the Air Tattoo this year would not only run counter to the current government advice but would also be beyond what we could reasonably ask of our supporters,” according to RIAT press release. “We recognize that our decision will have a negative financial impact on our valued suppliers and traders, on the local economy that benefits so much from the large influx of people who arrive in the area for one week in July, as well as on our parent charity. For this we apologize.”