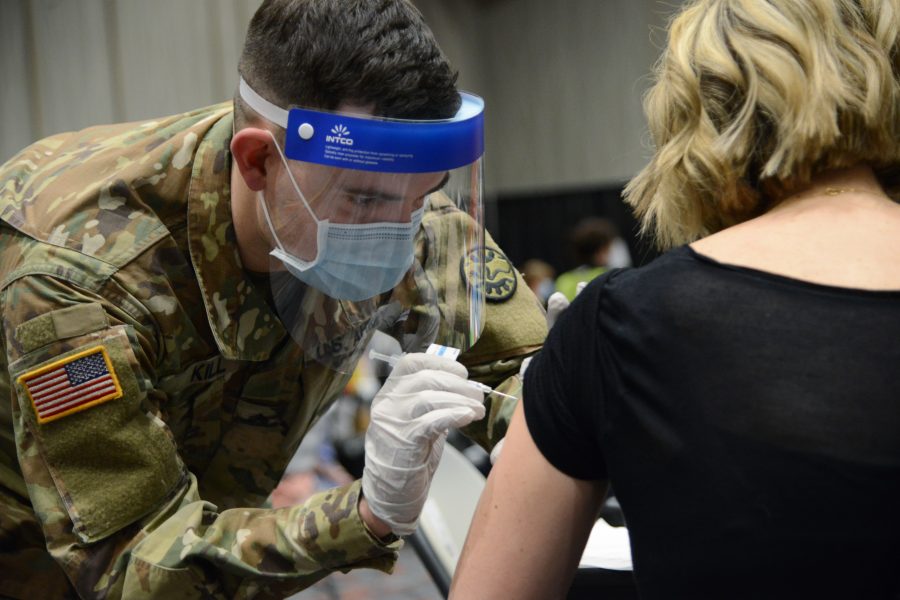 The Pentagon is sourcing a request from the Federal Emergency Management Agency to deploy military personnel to help administer the COVID-19 vaccine, an expected increase to the more than 20,000 Guard personnel already helping across the country.

The FEMA request, sent to the Defense Department on Jan. 27, is going through the sourcing stages just like any request for military forces from a combatant command, Pentagon spokesman John Kirby said in a briefing. An executable plan is expected within days, rather than weeks, because “we know there’s an urgency,” he said.

Guard personnel are working at 216 vaccine sites across the country, and there are about 1,000 DOD medical personnel on prepare to deploy orders if needed to help, said Max Rose, the COVID senior advisor to Secretary of Defense Lloyd J. Austin III.

Austin’s first meeting in the job was with senior military leaders on the topic of COVID-19, and he recently met with Army Gen. Gustave F. Perna, the chief operating officer of the government effort previously known as Operation Warp Speed on how to help with vaccine distribution.

The FEMA request comes as the DOD itself is struggling to administer vaccines to its own population. As of Jan. 28, the department has received 769,000 doses of both the Pfizer and Moderna vaccines and about 366,000 doses have been administered, Joint Staff Surgeon Brig. Gen. Paul Friedrichs told reporters.

U.S. Transportation Command and the Defense Logistics Agency have distributed the vaccine to 306 sites around the world.

The vaccine is voluntary for U.S. military personnel. Friedrichs said the department has seen a higher take rate among older personnel and fewer younger people getting the jab. This means some troops are deploying or conducting key missions, such as those central to national security and nuclear security, having declined the shot.

DOD is “not compelling people to get the vaccine, this is truly something people have to volunteer for,” Friedrichs said. The Pentagon does not have numbers of how many service members have said no to the shot.

As of Jan. 28, there are 138,783 cases of COVID-19 in the Defense Department, and cases have been rising at a rate coinciding with the rest of the country. The department has been able to “aggressively expand testing,” meeting 100 percent of its requirement last week, Friedrichs said.