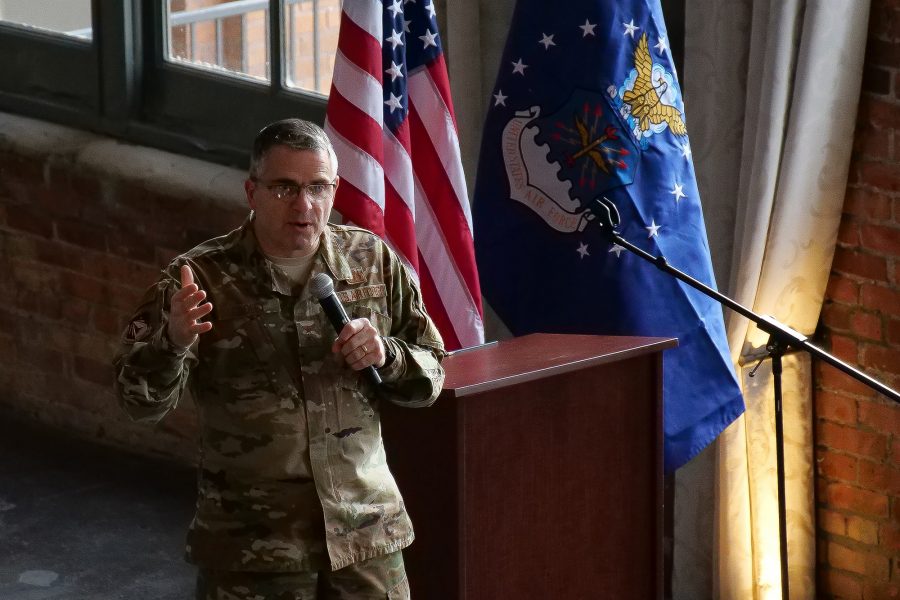 Cooley is accused of making “unwanted sexual advances by kissing and touching a female victim” on Aug. 12, 2018, in Albuquerque, N.M., according to a USAF release.

Cooley is charged with a single count of violating Article 120 of the Uniform Code of Military Justice, with three specifications related to sexual assault of the woman, according to the charge sheet. She is not a member of the military or a Defense Department employee.

Kirkland reviewed the facts of the case, “including evidence noted in the Air Force Office of Special Investigations Report of Investigation and consulting with legal authorities,” the service said. He preferred the charge against Cooley on Oct. 29.

During the preliminary hearing, which is similar to a civilian grand jury, a military judge will review the evidence and may hear from witnesses before determining whether “probable cause exists that the accused committed a UCMJ offense,” the Air Force said. It is scheduled for Jan. 27, 2021.

“The officer will also provide a recommendation on disposition of any offenses supported by the evidence,” according to an AFMC release.