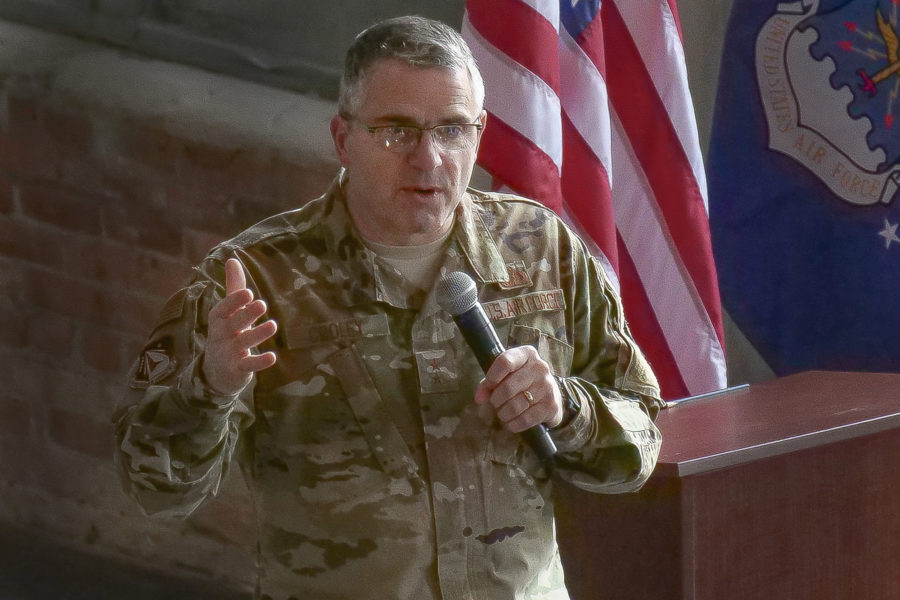 Gen. Arnold W. Bunch Jr., commander of AFMC, acting as the Court-Martial Convening Authority, referred Cooley to stand trial on one charge of sexual assault with three specifications, under Article 120 of the Uniform Code of Military Justice.

The charge stems from an Aug. 12, 2018 off-duty incident in which Cooley “allegedly made unwanted sexual advances by kissing and touching a female victim,” who is not a military member or Department of Defense employee, AFMC said in a press release. The incident took place in Albuquerque, N.M.

Cooley, in a statement released through his attorney after his Article 32 hearing in February, maintained that the allegations against him are false, he has cooperated with the investigation, and he expects to be exonerated. AFMC noted that “just as in civilian criminal proceedings, Cooley is presumed innocent until proven otherwise by competent legal authority.”

After a comprehensive review of the evidence gathered by OSI and in an Article 32 preliminary hearing, “I’ve informed Maj. Gen. Cooley of my decision to move his case to general court-martial,” Bunch said in a statement released by AFMC. “I can assure you this was not a decision made lightly, but I believe it was the right decision.”

Bunch appointed Lt. Gen. Donald E. “Gene” Kirkland, commander of the Air Force Sustainment Center, to independently review all evidence in the case and recommend “an initial disposition decision.” In November, 2020, Kirkland preferred the one charge of sexual assault with three specifications.

The Article 32 hearing was convened on Feb. 8, 2021, at Wright-Patterson Air Force Base, Ohio. AFMC likened the hearing to “a civilian grand jury,” during which a senior military judge was appointed to review the charges and testimony to determine if “probable cause existed that the accused committed a UCMJ offense,” the command said. This preliminary hearing officer “produced a written report with his disposition recommendation” to Bunch, AFMC said.

The Air Force will identify a senior military judge and “coordinate timing and venue for the court-martial proceeding.” The jurors will be fellow officers who must either be of higher rank than Cooley, or equal in grade but with earlier date of rank.

Prior to Cooley, the case coming closest to the court-martial of an Air Force general officer was that of former Gen. Arthur Lichte, whose last post was as commander of Air Mobility Command. In February 2017, Lichte was reduced from four stars to two in retirement, reducing his retirement pay. The previous December, then-Secretary of the Air Force Deborah Lee James reprimanded the retired Lichte in a publicly released letter, in which she said he would have been court-martialed except that the five-year statute of limitations had passed. Lichte retired in 2010 but the investigation of the case did not begin until 2016. James found that Lichte coerced sex from a subordinate, and he was reduced to the grade at which he last performed satisfactorily. The sexual incidents took place when he was a lieutenant general and four-star general.