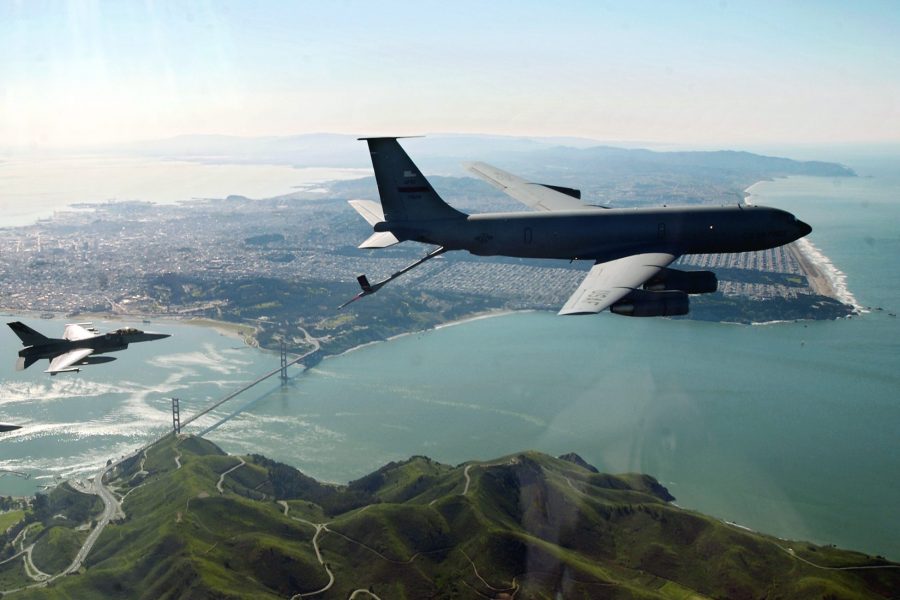 A B-1B Lancer will play the bad guy and try to penetrate U.S. airspace in a large force exercise that will bring together assets and players from four combatant commands, as well as North American Aerospace Defense Command and the Navy’s Harry S. Truman Carrier Strike Group, U.S. Northern Command announced May 29.

The command did not release a date for the air defense exercise, but said it’s “a first of its kind” aimed at demonstrating U.S. and Canadian capabilities. NORAD CF-18s and F-15s will conduct air intercepts alongside the strike group’s F/A-18s. The fighters will be refueled along the East Coast by Operation Noble Eagle alert KC-135 Stratotankers provided by U.S. Transportation Command.

“Leading complex multi-combatant command operations across multiple domains demonstrates our readiness to defend our homeland regardless of COVID-19,” NORTHCOM Commander USAF Gen. Terrence O’Shaughnessy said in the release. “The high-end training we are conducting enables integration between strategic-level organizations who all play a significant role in the most important mission for our nation—defending our homeland.”

“Today, there is not a joint operation that doesn’t integrate space capabilities—the pervasiveness of these capabilities and the information they provide is a key ingredient to how American forces operate with unmatched speed, precision, and lethality,” Gen. Jay Raymond, SPACECOM commander and the Space Force’s Chief of Space Operations, said in the release.