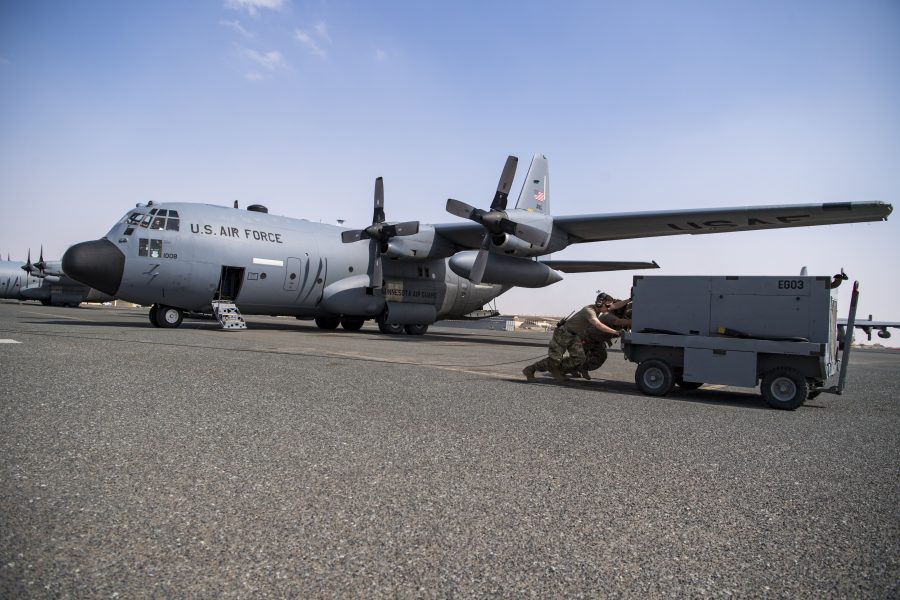 A C-130H caught fire after it overran a runway at Camp Taji, Iraq, on June 8 and struck a wall. Four service members received “non-life-threatening injuries” and are being treated at the base’s medical facility, according to Combined Joint Task Force-Operation Inherent Resolve.

“The airfield crash, fire, and rescue team were on the scene within four minutes, extinguished the fire, and assisted an evacuation of the plane,” states the release.

It is not clear what service the injured troops belonged to or how badly the aircraft is damaged. Videos posted online show the aircraft’s tail hanging over a cement barricade along the flight line.

“The quick actions of the airfield crash, fire, and rescue team helped patients, and limited damage to equipment and infrastructure,” states the release.

Two Americans and one coalition service member were killed and many more were wounded in a March 11 rocket attack on Camp Taji, however, officials say enemy activity is not suspected in the incident, which remains under investigation.