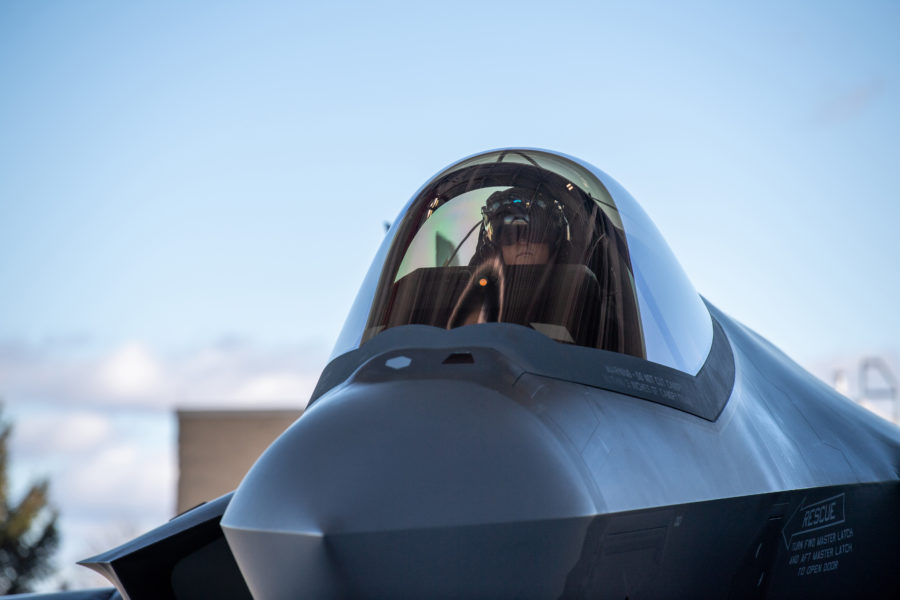 Declaring the F-35 ready for full-rate production and delivery of its Block 4 upgrade will continue to slip because of delays in upgrading the simulator, and because of too-optimistic forecasts of how long software upgrades will take, the Government Accountability Office reported.

The Defense Department is still developing the F-35 simulator, slowing testing and further delaying the start of full-rate production, according to the report.

Without an updated simulator, completion of F-35 testing isn’t possible, the GAO said, because the program can’t “replicate complex test scenarios that could not be accomplished in [the] real-world.” Until that’s “fixed,” the GAO said, the conclusion of the engineering and manufacturing development phase and start of full-rate production “remains undetermined.”

The Pentagon has blamed the year-plus delay in declaring full-rate on difficulties integrating the F-35 with the Joint Simulation Environment, which puts the fighter into war scenarios to see how many are needed.

While development of the Block 4 is now in its third year, and “DOD added another year to the schedule,” GAO found that finishing the upgrade in the planned time “is not achievable.” It said the Defense Department “routinely underestimated the amount of work” necessary to develop Block 4, failing to take into account previously too-rosy estimates of software efforts. Until it sets a more realistic schedule, “stakeholders will lack reliable information on when capabilities will be delivered.”

While mostly compliant with GAO’s own “Agile Assessment Guide” for monitoring software progress, the Joint Program Office isn’t using automated data collection tools to monitor software development performance, the audit agency said. It relies on contractor reports, which GAO said are “often based on older data,” and that, too, has “hindered officials’ timely decision-making.” The program also hasn’t set software quality performance targets, and without them, is “less able to assess” if the contractor is performing at an acceptable level.

The GAO recommends the Pentagon update its Block 4 schedule to “reflect historical performance,” saying the program has routinely overshot its upgrade milestones. It suggested “more achievable timeframes for Block 4 modernization capability development and delivery,” and that the Pentagon “provide an accurate baseline for comparing future cost estimates.”

To speed things along, the GAO urged the incoming undersecretary of defense for acquisition and sustainment to “identify and implement automated tools to enable access to real-time data for software development metrics.” This will ensure that program decisions are based on reliable information.

Finally, the GAO recommends that the USD/A&S direct the program office to set “software performance target values” for critical software.