Skip to content
Taking time out to talk to fellow Airmen can be a vital tactic in the battle against suicide. Air National Guard photo by SMSgt. Vincent de Groot.
Expand Photo 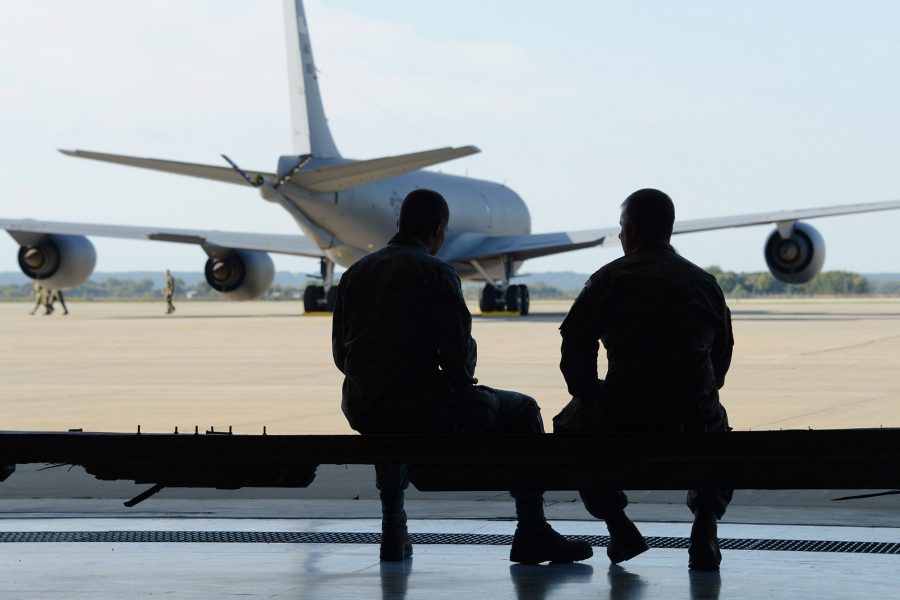 As the Defense Department prepares to release its Annual Suicide Report in the coming weeks, Air Force Magazine details the impact suicide has had on the Total Force so far in 2020, and how the service’s top uniformed leaders and its reserve component are working to tackle the issue.

As of Sept. 16, 98 Airmen had taken their own lives in 2020—putting the service “almost exactly on pace” to hit the same number of suicides as it did in 2019, when it undertook a Resilience Tactical Pause to address the issue, Air Force Chief of Staff Gen. Charles Q. Brown Jr. told reporters during a media roundtable held as part of the Air Force Association’s virtual Air, Space & Cyber Conference.

Brown said the lack of connection during the pandemic has exacerbated the problem, but he outlined several steps the service is taking to combat suicide within its ranks, including:

Brown said “probably about 45 percent” of Air Force suicides stem from relationship problems, so he also wants to increase the number of counselors who are able to “talk to our young Airmen about relationships,” advise them on how they can cultivate meaningful ones, and build resiliency so that relationship efforts don’t leave them feeling “crushed.”

At the same conference, Chief Master Sergeant of the Air Force JoAnne S. Bass said she’s asked her team to work with the Surgeon General community and USAF resilience personnel to initiate working groups on mental health. She said these groups will address steps the service needs to take, and to identify USAF policies that can be changed (as well as Defense Department-level ones that might require Office of the Secretary of Defense intervention to change). This should tentatively equip the service to “partner with those who fight on … the Hill for our Airmen,” she said.

The Air Force also needs more mental health professionals. “We’re putting all of this on our mental health Airmen, but we don’t have enough of them,” Bass said.

The Air Force has a responsibility to care for those Airmen whose psychological health situations may disqualify them from continued service, she added.

“Now, here’s a hard truth—and I know for some people this may not be wholly satisfying—but there are some people who have gone through so much trauma or have mental health challenges that service may not be where they need to be,” she said. “But, … we owe them … service. We owe them something to help get them back on the right track, to help get them in a place where they are healthy and OK, and that’s OK.”

“While a decrease from this time last year, there remains an emphasis among squadron commanders and senior enlisted leaders to stay connected with Airmen through the challenges of the COVID-19 telework/virtual environment and the tyranny of distance, as many Reservists do not live close to their supervisors,” Houlihan wrote.

Since the Total Force undertook a Resilience Tactical Pause last year, the command trained Reservists “in every status and at every level” to recognize what “stress, fatigue, and suicidal tendencies” look like, Houlihan noted.

The COVID-19 pandemic has yet to cause “a marked uptick in psychological health visits” among Reservists, though he noted that the Air Force’s embrace of telemental health means Reserve mental health professionals may also treat Airmen via virtual appointments.

The command recognizes the new coronavirus crisis likely has future challenges in store for AFRC personnel and their families, and it’s empowering wing leaders with “tools to aggressively reach out” to these individuals. Houlihan said these tools include master resiliency trainers, also known as MRTs.

The command is equipped with more than 100 of these trainers, who are keeping in touch with Reservists via virtual platforms.

“He has told commanders, chiefs, and front-line supervisors through social media and virtual visits to take care of Airmen first, then work out the status piece,” he said.

Other recent steps the Reserve has taken to boost resilience include:

Eleven Air National Guard Airmen had taken their own lives as of Sept. 24, ANG spokesperson Lt. Col. Devin T. Robinson told Air Force Magazine in an email that day. According to Robinson, ANG’s year-to-date total  “is tracking exactly” with the number of suicides it had recorded at the same time last year.

“The Air National Guard is committed to preventing suicides and has a host of resiliency tools and resources available to target areas of greatest concern to our Air National Guard Airmen and their family members,” Robinson wrote. He also said ANG is dedicated to slashing the stigma associated with asking for help and values Airmen who reach out for support.