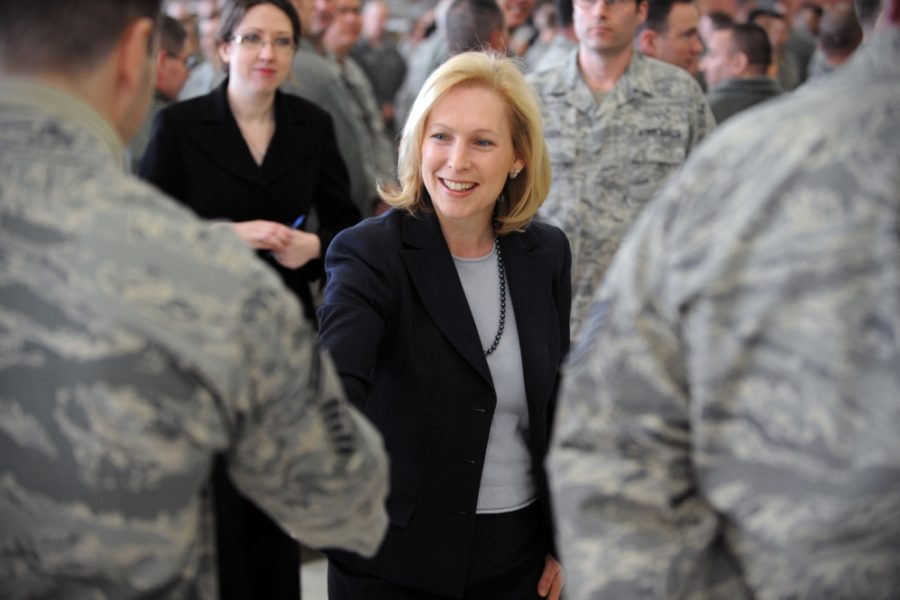 New York Democratic Sen. Kirsten Gillibrand said her bill to remove prosecution of serious crimes, including sexual assault, from the military chain of command is still needed, despite Defense Secretary Lloyd J. Austin III’s commitment to do just that.

Long an advocate for tougher measures to prevent sexual assault in the military, Gillibrand had teamed up with Iowa Republican Joni Ernst and scored 66 co-sponsors for a bill that would remove the responsibility for prosecuting sexual assault and other serious crimes from the chain of command and also beef up training and enforcement measures.

In his first days in office, President Joe Biden tapped Austin to find a way forward after decades of failed policy changes. Following a 90-day independent review commission on sexual assault and harassment in the military, Austin accepted all the IRC recommendations, including the removal piece advocated for by Gillibrand.

“This is an extremely light touch. It just changes where the case file goes first,” the Senate Armed Services Committee member said, explaining that her bill would have a military attorney from a Judge Advocate General’s Corps review completed investigations for serious crimes then decide if the case should go to court instead of to base commanders.

Gillibrand often cites a study that claims as many as 20,000 service members were sexually assaulted in the military in 2020. In her July 15 comments, she also said the rates of serious crime cases going to trial, and convictions, are dropping while retaliation occurs at a rate of 64 percent.

Austin’s June 22 announcement to accept all of the IRC’s recommendations, coupled with the accountability demand related to sexual assault and harassment and domestic violence, drew questions as to whether the bill was still needed.

“I fully support removing the prosecution of sexual assaults and related crimes from the military chain of command,” Austin told lawmakers a day after he was briefed by the IRC. “The department will likely need new authorities to implement many of the IRC recommendations, and we will most assuredly require additional resources, both in personnel and in funding.”

Even with the DOD commitment and the bill’s co-sponsors, some SASC senators still oppose an act by Congress, with ranking member Jim Inhofe (R-Okla.) releasing a letter June 22 signed by members of the Joint Chiefs of Staff who opposed changing the command responsibility.

The inclusion of Joint Chiefs Chair Gen. Mark A. Milley appeared to fly in the face of prior comments he had made.

“My mind is completely open to all kinds of opportunities to change here,” Milley told The Associated Press on May 2. “We, the chain of command, the generals, the colonels, the captains, and so on, we have lost the trust and confidence of those subordinates in our ability to deal with sexual assault.”

To date, SASC Chairman Sen. Jack Reed (D-R.I.), an Army veteran, has refused to take up the Gillibrand bill in committee, offering instead to incorporate parts of the bill into the National Defense Authorization Act.

Gillibrand said she intended to work to get her bill into the NDAA, but she did not have faith it would pass out of conference. (Politico reported late July 15 that Senate Majority Leader Chuck Schumer, D-N.Y., had assured her the bill will get a standalone floor vote.)

“I think it is necessary to have a floor vote no matter what because I have lived through the challenge of passing something in the Senate Armed Services Committee, passing the same exact legislation in the House Armed Services Committee, and having it still be taken out in conference because the DOD does not approve of it,” Gillibrand said. “I don’t believe that our bill won’t be watered down, reduced, or modified inappropriately in conference.”

The senator made the case that adding all serious crimes such as rape and murder to the JAG responsibility would not overburden the military lawyers, of which there are 4,479, including 379 JAGs at the 0-6 level.

Based on 2016-2019 statistics, she believes each JAG would be responsible for two cases per year.

Gillibrand also argued that accepting the IRC recommendations regarding sexual assault and harassment was not enough, saying all serious crimes needed to be part of a reform to the Uniform Code of Military Justice.

“The fact that we have a Secretary of Defense who says we should take sexual assault and other related crimes out of the chain of command, and that it does not affect good order and discipline and does not affect the ability of command control, is revolutionary and groundbreaking,” she said. “I just wanted to do it in the right way.”