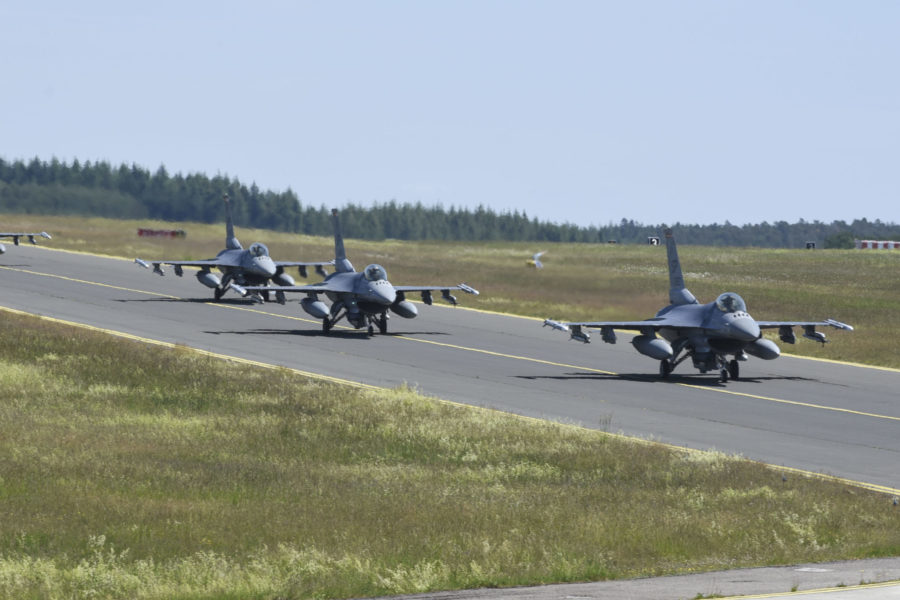 Spangdahlem Air Base, Germany, will keep its fighter mission after the Pentagon’s Global Posture Review permanently reversed a Trump administration decision to shift the base’s F-16s to Italy and to cancel plans to move tankers and special operations forces there.

U.S. Air Forces in Europe (USAFE) confirmed to Air Force Magazine on Dec. 1 that the recently approved Global Posture Review preserves the strength of forces in Europe and the vital role played by NATO partner Germany.

“We’re not abandoning Europe or NATO,” USAFE spokesperson Capt. Erik Anthony said by phone from Ramstein Air Base, Germany. “We are here. We’re committed. And by the way, it’s probably going to look like a plus-up of forces.”

In the since-rescinded policy decision announced by the Trump White House in June 2020 and given a specific execution plan by Pentagon leaders a month later, U.S. troops stationed in Germany were to be capped at 25,000. Shedding more than 12,000 troops would have required the shifting of Airmen and 52nd Fighter Wing assets to Aviano Air Base, Italy.

“The Global Posture Review included select near-term adjustments to DoD forces in Europe… but does not identify the specific realignment of forces at Spangdahlem Air Base or Aviano Air Base,” Anthony said. “There are plans that were being written and posturing to execute those moves, but the actual realignment of those forces never happened.”

Trump’s strategic policy decisions were initially made in response to Germany not meeting a NATO goal of spending 2 percent of its gross domestic product on defense. After taking office, President Joe Biden in February reversed the 25,000-troop cap, triggering Defense Secretary Lloyd J. Austin III to freeze prior reorganization decisions.

Though details remain classified, Pentagon leaders said the plan is to bolster forces in the Indo-Pacific and European theaters. Anthony cautioned that force adjustments in Europe are still a possibility if they support mission requirements.

“There’s nothing written in stone right now,” he explained.

“There’s planning that’s taking place … as to what that looks like with the current environment that we live in today,” Anthony added. “That’s not to say that forces couldn’t move between [Spangdahlem and Aviano], if that makes sense.”

The GPR provided a framework for force posture decisions, not specific movements. The Pentagon, however, announced that 500 troops who were part of a U.S. Army Multi-Domain Task Force and Theater Fires Command will remain in Wiesbaden, Germany, and seven military sites in Germany and Belgium previously slated for return to host country will remain in DOD hands.

“There’s going to be future planning based on the GPR, but there’s a lot of steps that those plans are going to have to go through before they’re approved and we start executing,” the Air Force spokesman said.