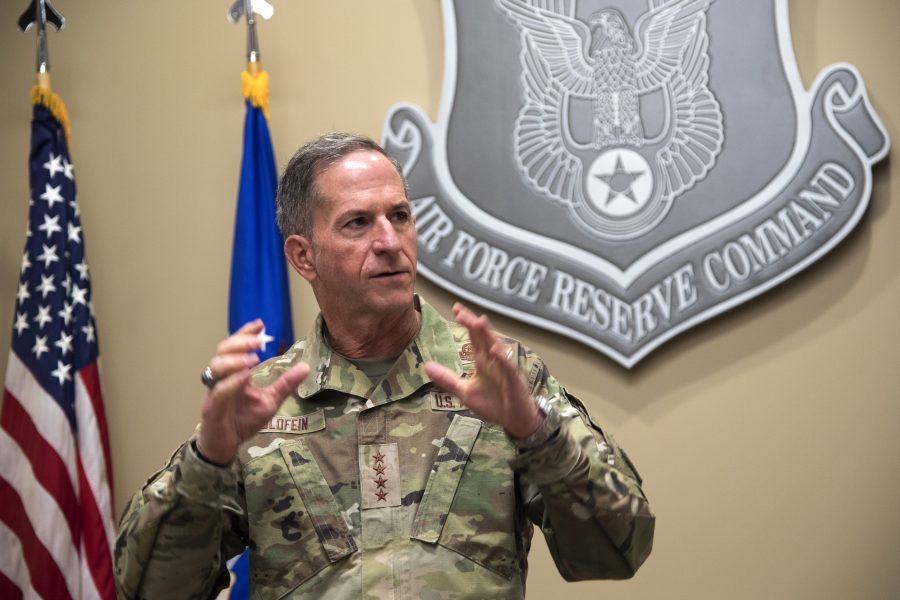 Discussions on race relations, including disparities in the application of military justice and promotions as well as Airmen’s own experiences, can’t end when the country shifts its focus onto other issues, such as the election in the fall, Air Force Chief of Staff Gen. David L. Goldfein said.

With just one month left in his tenure as the leader of the Air Force, Goldfein said the service is making strides but it has come late, noting progress must continue after he’s gone.

“We were doing a lot of work towards becoming a more diverse force, but we have an opportunity in front of us right now to put our foot on the gas and really move forward in the ways we need to move,” Goldfein said during a virtual Brookings Institute event on July 1.

If the service gets distracted, and stops its focus, then “shame on us,” he said.

Last month, as protests raged across the country in response to the killing of George Floyd, an unarmed Black man at the hands of a white Minneapolis police officer, Goldfein and Chief Master Sergeant of the Air Force Kaleth O. Wright began a discussion in the service about race relations, and problems that need to be addressed. This includes an Air Force Inspector General review of disparities in punishment between white and Black Airmen, along with differences in promotion rates.

Goldfein said now is an “opportunity to make long-term, meaningful, and lasting change that, quite frankly, we should have been doing before.”

Beyond race issues, the service needs to be more inclusive of female Airmen by making more appropriate and comfortable gear, and taking steps to let Airmen take a pause in their Active-duty career to start a family without falling behind in their progression in the service.

“We ought to be the big tent service that attracts people of all walks of life and all backgrounds,” he said, adding that a service with USAF’s diverse set of jobs and mission sets means “we should be the best in the world at diversity, and we’re not. But we can be. Measures that we put in place, that we’re working on, are long-term, aggressive measures to change the demographics to ensure that we are building a culture of inclusiveness,” especially at the squadron level, where “it matters most.”

Goldfein, in multiple messages to commanders, said the service needs commitment on the issue, and to “have staying power to take actions we need going forward.”