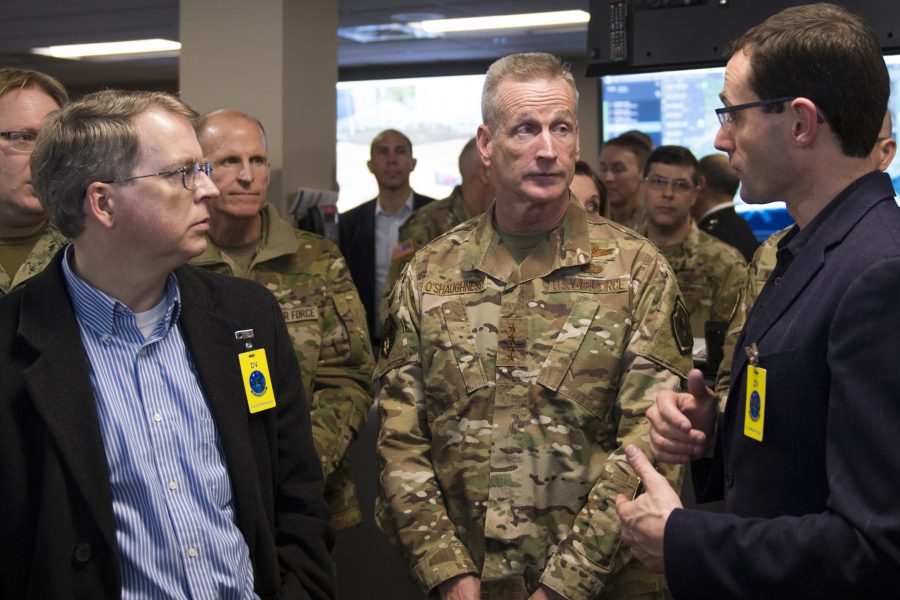 Goldfein Says GAO Out of Date, Out of the Secrecy Loop on ABMS Report

“There was some latency to the reporting,” Goldfein said during an April 22 telecon with defense reporters. The GAO, which claimed ABMS lacks a coherent roadmap and a “sound business case,” did not participate in the December ABMS experiment, and generally doesn’t have access to its more sensitive aspects, he said.

“They didn’t have anyone that was actually there,” seeing the system perform in its first major iteration, he said.

“A lot of it is in the classified realm, a lot of it, quite frankly, in the space realm,” Goldfein explained. “And if GAO doesn’t have access or clearance to get at it and look at it, then the report is going to be on a very small portion of what Advanced Battle Management System really is. So now we need to use this as an opportunity to educate.”

He offered to walk the watchdog organization “through it all,” because “we need our GAO to be fully knowledgeable about everything we’re doing.” The ABMS will be “an opportunity for GAO and others to understand how to report when you have a service that’s going as fast as we are. We’re demonstrating something every four months, and even though the last big [ABMS] demo we had [scheduled] this month was postponed, we haven’t slowed down.”

The audit organization has to “keep up,” Goldfein added. “And we have to help them. This is not a poke or a criticism, we have to help them,” as well as Congress, think tanks, and others “realize that we are moving out and we are developing capability faster and … connecting things faster than we’ve ever connected them before.” The every-four-months experiment pace will be “a hard one to deliver a report on, but I’m eager to sit down with GAO and get them up to speed.”

The ABMS is planned to be a broad network of sensors and sensor fusion intended to provide operators throughout the military access to the battle information they need on demand. It superseded a planned replacement of the E-8C JSTARS ground-moving target information platform, and critics have said it may be too broad to be manageable.