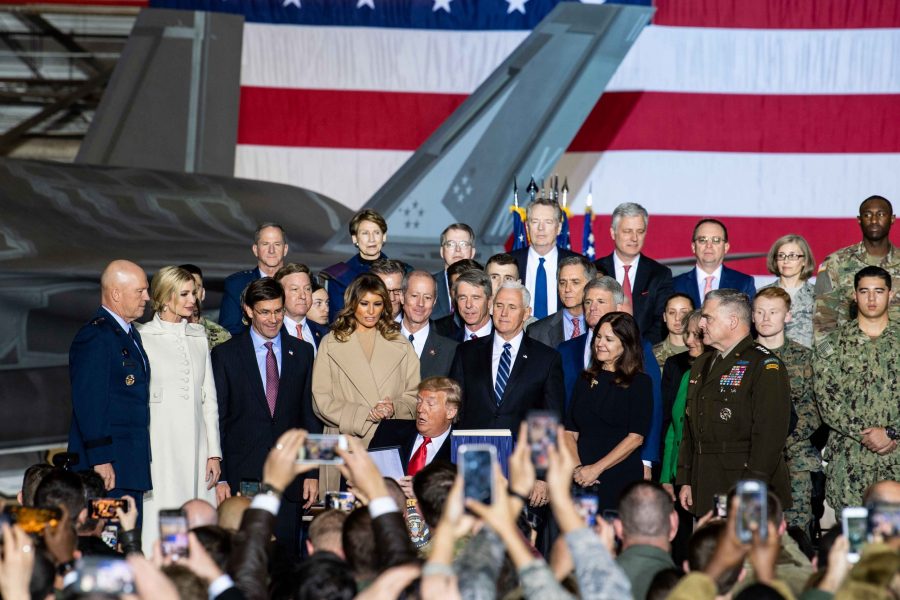 Foreign countries are boosting their investments in “gray zone” weapons that can confuse and disable satellites, are harder to attribute to a specific attacker, and fall below the level of overt war, posing regulatory challenges, according to a new report from the Center for Strategic and International Studies.

The Washington think tank’s third annual assessment of space threats argues that space is growing more diverse and more disruptive as governments pursue new capabilities and commercial companies increasingly enter the fray. Space is becoming more dangerous as well, amid a lack of widely accepted norms for behavior on orbit and gaps in current laws and treaties.

“Satellite jamming and spoofing devices are becoming part of the everyday arsenal for countries that want to operate in the gray zone,” said the March 30 report, which focuses on China, Russia, Iran, North Korea, and India. “The jamming and spoofing of satellites has become somewhat common, and without strong repercussions these adverse activities could gradually become normalized.”

Russian President Vladimir Putin allegedly travels with GPS jamming devices in his motorcade, and China seems to be sending fake GPS signals to conceal illicit activity at its ports, the report notes.

These same tools are among those the U.S. is least equipped to defend against, as far as open-source documents show. Todd Harrison, director of the Aerospace Security Project at CSIS, argues the U.S. is most vulnerable to laser dazzling and blinding, GPS spoofing, and direct-ascent and co-orbital anti-satellite weapons. Cyber attacks on satellite networks and their ground stations are a concern as well.

“Jamming and spoofing technologies are also being used around the world by non-state actors in both conflict zones and thriving seaports, to gain military and economic advantage,” the report said. “Collectively, these developments are making the space environment more dynamic and uncertain—a trend that is likely to continue in the coming years.”

Laser attacks and the like, which Russia and China have adopted, are particularly sneaky. They temporarily prevent satellites, such as those that collect surveillance images, from being able to see properly. But because it’s hard to tell where a laser is coming from and the light doesn’t cause debris, the public wouldn’t know an attack happened unless a satellite operator announced it.

One of the most notable developments in counterspace technology in the past year came when India tested an anti-satellite weapon that minimized the amount of debris that sprayed into orbit upon impact, causing less international backlash than past ASAT tests. CSIS argues that step could incentivize India’s adversary Pakistan and other countries to try out their own ASAT weapons.

That could pose problems for older U.S. satellite constellations, used for missions like missile warning and communications, that are not built to withstand physical attacks, Harrison said.

“Both the Indian ASAT test and Russia’s co-orbital activities may provide further incentive for nations to develop and deploy defensive counterspace capabilities of their own, as France announced it intends to do,” the report said. “Nations may also seek to draw distinctions between offensive and defensive counterspace weapons in order to justify the latter while delegitimizing the former.”

Most specifics about how the U.S. would fend off counterspace weapons are classified, and the matter is complicated by the Pentagon’s growing reliance on commercial assets. Protections can vary between military-grade satellite systems and payloads and those launched by private companies, which may choose not to spend the money on more complex defenses because of lesser resources or if their products are easily replaceable.

But CSIS notes that with the creation of a Space Force, U.S. Space Command, and the Space Development Agency, America is newly focused on creating a more diversified, resilient network of space systems that could withstand a growing range of threats. France and the United Kingdom are similarly reorganizing their space enterprises.

Experts also suggest the U.S. and Israel could be working on a missile interceptor that could double as a direct-ascent ASAT weapon. Space Force Vice Commander Lt. Gen. David Thompson has said the service is working on new ways to defend U.S. space assets.

“We began prototyping, and demonstrating, and preparing for what I’ll call abilities to protect and defend our assets, and we did that extensively in the budget in [fiscal 2020],” Thompson said in early March. “In [2021], we are now taking steps to extend that across the fleet, as well as look at other capabilities to be able to continue to defend those assets that we have and defend adversary use of space.”

The CSIS report warns against centering too much on the bureaucratic aspects of reorganizing military space forces and ultimately getting distracted from the burgeoning capabilities of other nations.

“Key developments to watch within the United States are updates to space doctrine, strategy, and policy and investments in new space capabilities and missions,” CSIS wrote. “Developments in these areas would be a clear indication that the reorganization efforts put in place in 2019 are part of a fundamental shift in the U.S. military’s overall approach to making space more defendable.”