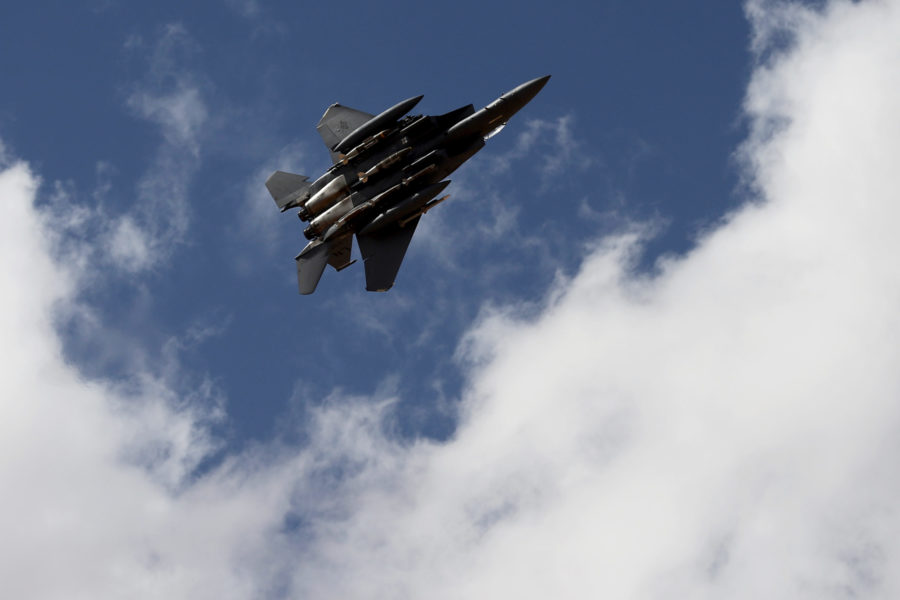 “Great power competition … is alive and well in Central Command. Certainly in all domains, but certainly where air and space meet at the confluence of those domains,” Lt. Gen. Gregory M. Guillot, commander of Ninth Air Force (Air Forces Central), said during the Air Force Association’s virtual Aerospace Warfare Symposium. “We have interference and that generally could come from any of the competitors across the world. Russia is physically in the area, and they’re re-establishing themselves as a world power. (China) is also in the area, more economically focused. But every day we are just a few miles apart from Russian aircraft out there.”

“They’re actively doing work in the electromagnetic spectrum, taking out SATCOM and GPS and other things in the space domain,” Burt said. “So we are seeing a lot of electromagnetic spectrum activity in Syria from the Russians, and working to make sure we can mitigate that with (AFCENT) so it does not affect U.S. forces and their work that they need to do. So it is happening in a great power competition absolutely every day in Syria with Russia.”

SPACECOM is constantly working with U.S. Central Command to support ongoing military operations. For example, in 2020 the command received 503 requests for space support to assist with missions. Additionally, as of November 2020, U.S. space assets tracked 1,291 missile launches in the theater that year, Burt said.

“Multi-domain discipline in space is not for space’s sake, it’s in order to have those satellites to provide combat effects to our other joint brothers and sisters in the other domains,” she said.

In AFCENT, U.S. aircraft need to be ready to fight the current counter-terrorism mission while also providing a deterrence both to other great powers and to regional actors such as Iran.

“Those activities for both the great power competition and for the regional aggressors require different mission sets than the counterinsurgency, counterterrorism fight … which are still ongoing at the same time, but they often require the same aircraft,” Guillot said. “It’s just we employ the aircraft in a different way.”

A major method of deterrence has been exercising with regional partners. This has been something AFCENT hasn’t had “a lot of time to do” because of ongoing combat needs, but the command is looking at ways to increase both the number and complexity of the events.