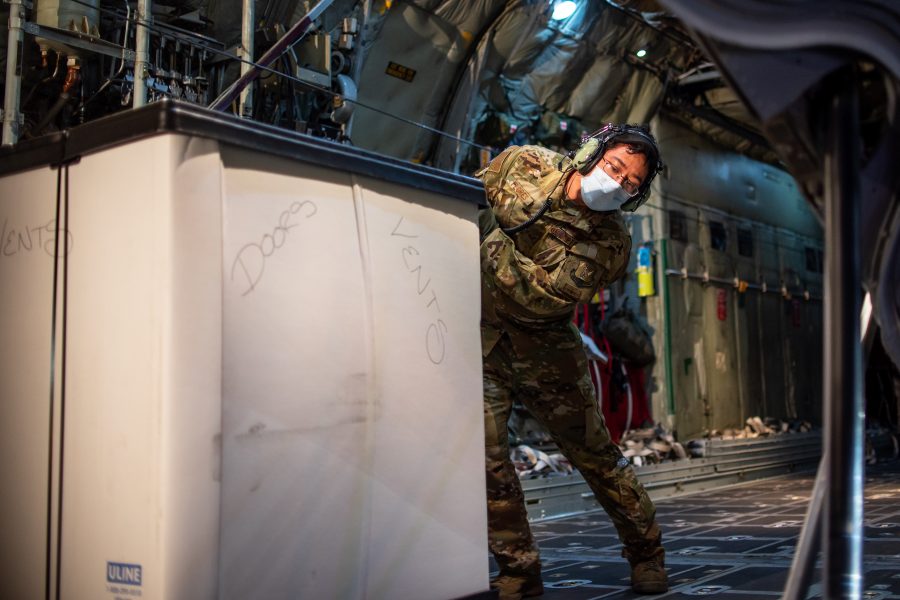 Thousands of Guardsmen called up in the national response to the COVID-19 pandemic could be sent home just a day short of qualifying for key federal benefits, warn the Air Force Association and the Association of the United States Army. The associations are urging President Donald Trump to extend Title 32 deployment orders beyond the 90-day limit.

“As a number of state governors are now advising, the ongoing COVID-19 pandemic clearly suggests our nation will need our National Guard to continue the fight well beyond June 24,” write AFA President retired Lt. Gen. Bruce “Orville” Wright and AUSA President and CEO retired Army Gen. Carter F. Ham in the May 21 letter to Trump and Defense Secretary Mark Esper.

According to audio from an interagency call, first reported by Politico, the Trump administration is planning a “hard stop” to Title 32 activations on June 24—one day short of the 90-day threshold many Guardsmen need to qualify for federal early retirement and post-9/11 G.I. Bill benefits.

Wright and Ham argued the government also should provide DOD healthcare benefits, such as TRICARE, to the Airmen and Soldiers “supporting the nation’s fight against COVID-19” for six months after their deployment ends. That would ensure the Guardsmen receive comparable benefits to those serving on overseas deployments.

A total of 45,850 Air National Guardsmen are activated in support of COVID-19 relief efforts. Since mid-March, Guardsmen have helped distribute food to hard-hit communities, transported hundreds of thousands of test swabs, collected test samples from drive-through testing sites, and volunteered to work in hospitals across the country.

National Guard Bureau Chief Gen. Joseph Lengyel told reporters in April that Guardsmen were serving in “every state, territory, and the district,” and represented “about 75 percent of the total military personnel serving on the front lines of this fight against COVID-19.”

Some 123 Air National Guardsmen had tested positive for the disease as of May 21, though not all of those Airmen are on Title 32 orders.

“Our nation’s National Guard, like our Regular and Reserve Forces, are committed to serving our nation and the American people,” Wright and Ham wrote. “We see this every day in America and around the world.” Extending the deployments and offering TRICARE benefits is a “win-win decision” that demonstrates “to our Guardsmen and their families that the nation has their best interest at heart.”