Skip to content
The Distinguished Flying Cross may be awarded to service members, while serving in the capacity of the Armed Forces, who distinguish themselves for heroism or outstanding achievement while participating in aerial flight. Air Force photo by Staff Sgt. Ryan Conroy.
Expand Photo 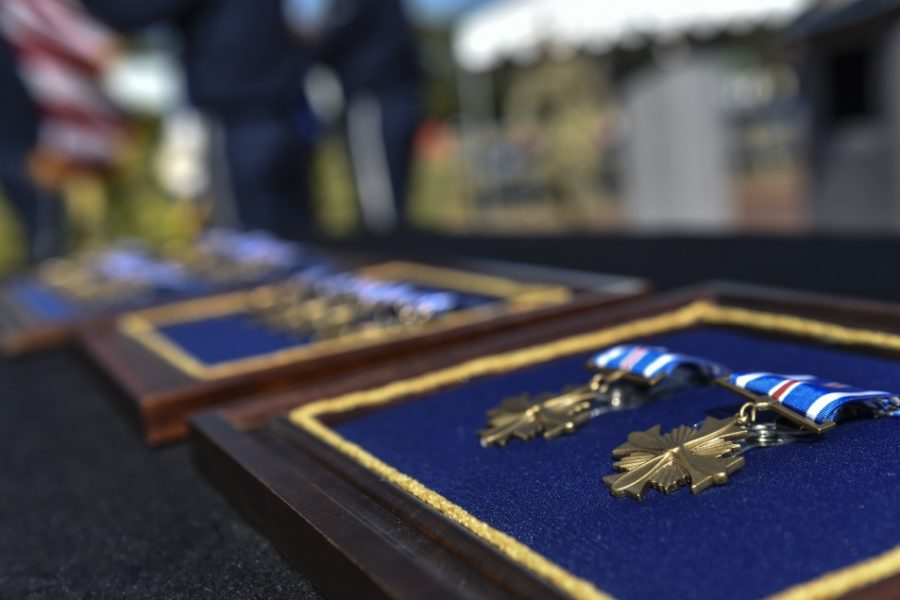 The Air Force awarded five Distinguished Flying Crosses and four Air Medals to the crew of an AC-130J gunship for a daring mission to help helicopter crews safely evacuate wounded American and Afghan forces during a September 2019 firefight in Afghanistan.

Flying under the callsign Shadow 71, the Ghostrider provided continuous close air support over the course of a two-hour operation, firing on multiple enemy positions as helicopter assault forces flew in to evacuate wounded ground troops, according to a June 22 release.

“I always say gunships are a team sport,” said Shadow 71 aircraft commander Lt. Col. Christopher McCall during an award ceremony at Hurlburt Field, Fla. “You really can’t do something like this without a great team. Shadow 71 has talent from front to back.”