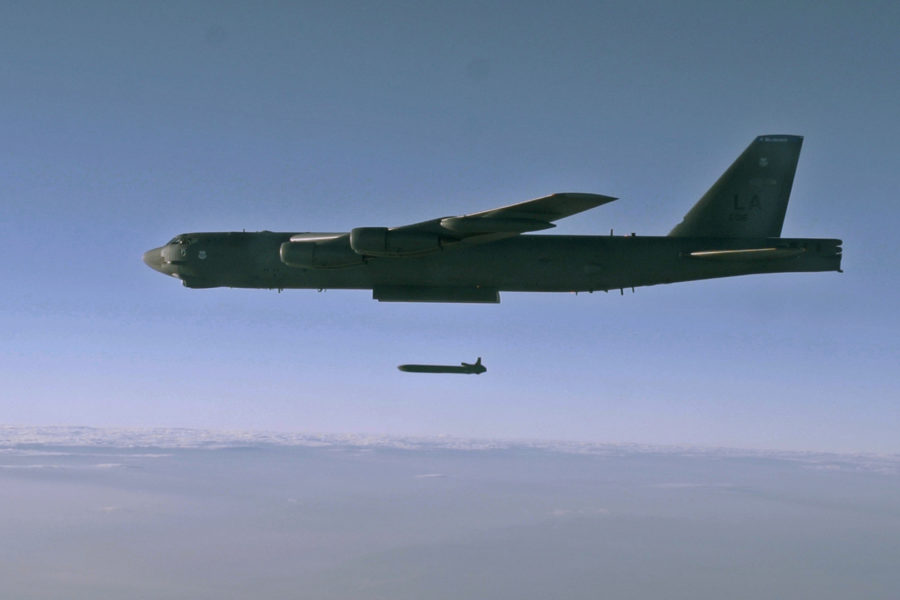 The chairman of the House Armed Services Committee is looking to stop the Air Force’s procurement of the nuclear Long-Range Standoff weapon system, at least until he gets some more information.

Rep. Adam Smith (D-Wash.) released his chairman’s markup of the 2022 National Defense Authorization Act on Aug. 30, and included in it were a number of provisions related to the LRSO, the Air Force’s replacement for the nuclear AGM-86B Air-Launched Cruise Missile.

Should Smith’s provisions be included in the final version of the bill, the Air Force would not be able to award a procurement contract for the LRSO until the department’s Secretary provides updated cost estimates for the procurement portion of the program, certification that the Future Years Defense Program will include funding estimates based off that new cost estimate, and a copy of the department’s justification and approval for awarding a sole-source contract for the program.

The Air Force announced in April 2020 that it was proceeding with Raytheon as the sole-source contractor for the LRSO, unexpectedly ending Lockheed Martin’s efforts more than a year early. Several months later, the service awarded Raytheon a $2 billion contract to engineer and develop the next-generation air-launched nuclear missile.

In his markup, Smith specifically directed that the Air Force Secretary should address “how the Secretary will manage the cost of the program in the absence of competition.”

The chairman’s mark comes in the wake of several reports claiming costs are actually higher than the $10 billion figure estimated by the Congressional Budget Office in a 2017 report, which projected that cost to produce 1,000 missiles, for a unit cost of $10 million apiece.

Bloomberg News reported in July that the Pentagon’s Office of Cost Assessment and Program Evaluation had estimated that development and procurement costs for the program would actually be $2 billion more than the Air Force’s estimate, and the Arms Control Association has pegged the cost of the new system, when counting the cost of refurbishing W80-4 warheads, at $20 billion.

The updates to those warheads is another concern Smith raised in his markup, which would require Air Force Secretary Frank Kendall to brief the congressional service committees within 90 days of the NDAA being enacted on how potential delays updating the W80-4 could affect the LRSO’s initial operational capability.

Other issues Smith wants Kendall to address in a briefing are how the LRSO “may serve as a hedge to delays in other nuclear modernization efforts”; potentially changing the program’s budget profile to ensure it remains on schedule; and reconciling the differences between the Air Force’s and Pentagon’s differing cost estimates.

Smith’s markup also touched on the other next-generation component of the Air Force’s nuclear arsenal, the Ground-Based Strategic Deterrent. With GBSD set to conduct its first flight tests in 2023, Smith’s markup calls for the Air Force to conduct a review of the program’s cost, schedule, and execution, as well as its ability to “leverage digital engineering,” “implement industry best practices,” and take advantage of competition for contracts in the operations and maintenance phase.

Northrop Grumman was the only bidder for the GBSD contract. Initial operational capability for the GBSD is expected in 2029.