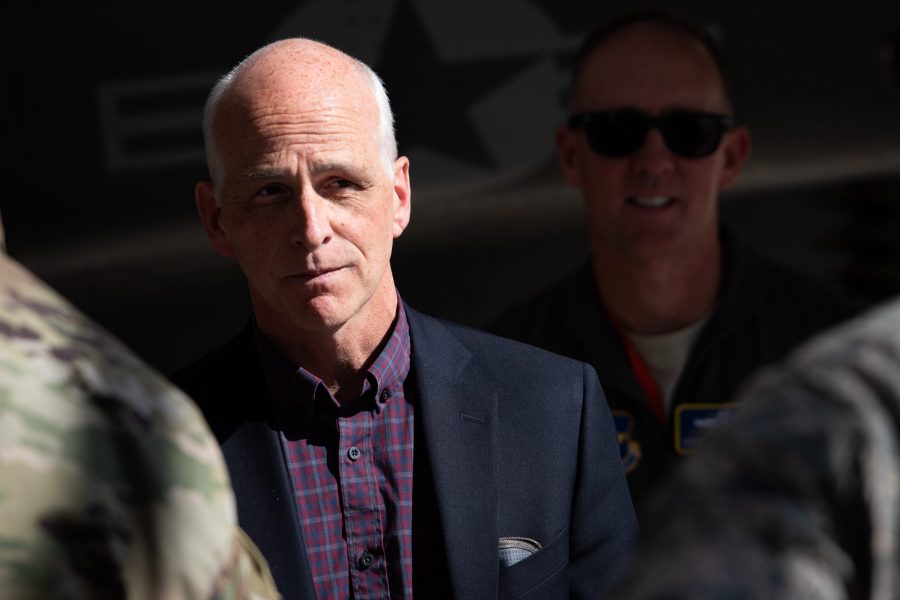 The U.S. military needs to wake up to the fact that global dominance is no longer a viable strategy for national defense, because pursuing that unrealizable goal is making the country less safe, the chairman of the House Armed Services Committee said April 22.

Emerging defense technologies like swarms of cheap, attritable drones have ended the era of unipolarity and U.S. military preeminence, Rep. Adam Smith (D-Wash) told the conservative-leaning American Enterprise Institute. “You can’t just be so big and bad that no one’s going to take you on, because they can take you on with a tiny little drone,” he said. Earlier this year, U.S. Central Command boss Marine Gen. Kenneth F. McKenzie Jr. called the proliferation of small, cheap commercial drones, “the most concerning tactical development” since the rise of the improvised explosive device in Iraq 15 years ago. He said concerns were amplified by the lack of dependable, affordable countermeasures.

“Swarms of these drones … [costing] next to nothing, can deliver more firepower than an F-35, which can’t get into the zone because of the surface-to-air missiles that are guarding it,” said Smith, painting a bleak picture of “a situation where maybe we’ve got $100 billion worth of airplanes that can’t get in after our adversaries, but they can kick the crap out of us with $75,000 worth of drones.”

Smith highlighted Russia’s ability to achieve similar asymmetric strategic capabilities “on the cheap” through hacking and disinformation campaigns as an example of the eroding barriers to entry into global geopolitical competition.

“In the world we live in today, no one [nation] is going to dominate because the barriers to entry are so low. So you’ve got to be a lot more nimble, a lot smarter, and a lot more diversified in how you achieve your national security objectives,” he said.

Discussing the National Defense Strategy, Smith noted that, though it purported to recognize the end of U.S. global military preeminence, it didn’t actually deal with the consequences of that transformed situation. “It was an admission [that the era of unipolar dominance is over], but it wasn’t a transition into an actual policy that recognizes the true implications of that admission,” he said.

As a consequence, the NDS was “overly ambitious, and therefore makes it very difficult for us to actually accomplish anything. Because it just envisions a world that is impossible. So we’re constantly chasing our tail, and unable to do what [the NDS] says we’re supposed to be able to do. That needs to get more realistic.”

He said that, rather than seeking to dominate all its adversaries, the U.S. military should look for ways to change their calculus, to make it clear that conflict was not in their interests. “Deterrence, not dominance, is what I’m really kind of looking at us being able to do here,” he said.

But if the budget doesn’t arrive in Congress before May 10, he explained, there wouldn’t be enough legislative days on the calendar to draft and properly markup the annual defense appropriations and policy bills before the fiscal year starts Oct. 1. That would make the now annual ritual of a continuing resolution, at least for the first month or so of the new fiscal year, inevitable, he said. “There is not time to get through the legislative process if we don’t get this thing before May 10.”

Smith added that he expected Congress to “waste enormous amounts of time fighting over whether or not we’ve got to add a few more dollars or cut a few more dollars.” Arguing over the top line budget number misses the point, he noted.

Smith, who last month called the F-35 a “rathole” and suggested the Defense Department stop buying the fifth-generation fighter, said there needed to be less attention paid to the overall budget number and more focus on getting value for money for every dollar spent.

“The culture at the Pentagon needs a lot of work,” he said. “They don’t encourage individual decisions, they encourage process. And process takes time … If you’ve got to go up 10 levels of command before you can make that decision, by the time you get up there, software has changed and you need something else.”

“I want the Pentagon to feel some measure of physical pain every time they spend a dollar. And I want them to just make sure that they do it in the most cost effective, intelligent way because they just want to get the most out of it, not because they know Congress will always come along and just throw them a bunch more money and paper over the problem.”

But he ended his remarks on a note of optimism, saying “I have never in my 24 years [in Congress] been in a situation where there seemed like more hope, more urgency to make those changes.”

He said a recent briefing on the B-21 bomber had been unexpectedly encouraging. Smith said he had been joking with colleague Rep. Derek Kilmer (D-Wash.) as they went in. “They’re going to tell me that it’s on time, it’s under budget, and it’s performing better than they expected … And I of course, was being a wise ass. But it turned out to be the case.”

He said the B-21 program team had “learned the lessons of the F-35 … They’re making it work in a very intelligent way.”

By spending more upfront to buy out the vendor’s technology “to own that [intellectual property], … you can avoid vendor lock-in long term” and save money down the road, he said.