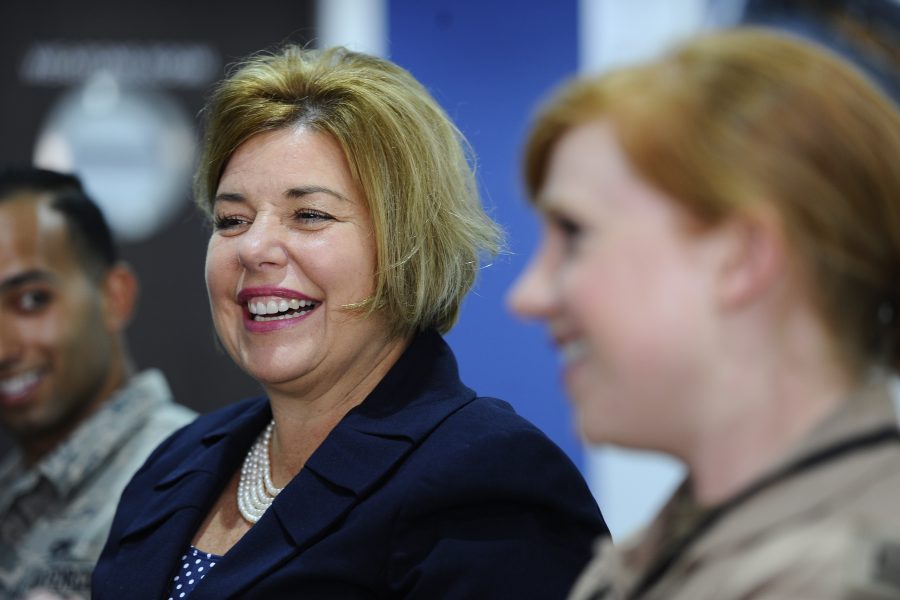 The Defense Security Cooperation Agency, previously headed by a uniformed general or flag officer, will now be led by a civilian, the Pentagon announced July 17. Heidi H. Grant, now serving as the director of the Defense Technology Security Administration, is taking over from Lt. Gen. Charles Hooper, an Army officer who is retiring after leading the agency since August 2017.

Grant came to the DTSA in 2018, after serving as a civilian in the senior executive service of the Air Force, where she was deputy undersecretary of international affairs, and presided over Air Force-related Foreign Military Sales cases. The Pentagon did not say why the position was shifting to a civilian billet and did not respond to queries.

The DSCA manages FMS and security cooperation programs, like training of foreign military personnel in the U.S. and in their own countries by U.S. military personnel. It shepherds FMS cases through the process of purchase requests, determining whether an FMS sale will disrupt the balance of power in a region and if it benefits the U.S. It also notifies Congress of the request. If a sale is approved, the DSCA manages the transaction.

At the Technology Security Administration, Grant’s job has been to safeguard military technologies from getting into the hands of adversary nations, such as China. She previously worked at U.S. Africa Command, U.S. Central Command, and the Pentagon’s Comptroller office.

Just before leaving her USAF position in late 2018, Grant told reporters she was urging U.S. allies who had not yet restocked munitions from either the 2011 Libya campaign or the fight against ISIS to take advantage of high production rates and low prices from U.S. munitions manufacturers. Grant said it was time for the U.S. to have frank discussions with allies who depend on the U.S. to supply munitions in a contingency, warning that it may not be able to accommodate them in the future.

Grant also said that problems such as Turkey’s purchase of Russia’s S-400 air defense system, which led to that country’s ouster from the F-35 fighter program, could have been prevented if the U.S would streamline its ponderously slow weapons-selling process.

In April 2018, the Trump Administration shifted its FMS policies, making economic benefits to the U.S. one of the considerations in approving weapons sales. It also made it easier to finance such sales and reduced the percentage of development recovery costs added to export programs. Congress must still approve all FMS cases, however.

The DSCA logged $55.4 billion of FMS transactions in 2019, averaging $51 billion per year for the three years leading up to that.