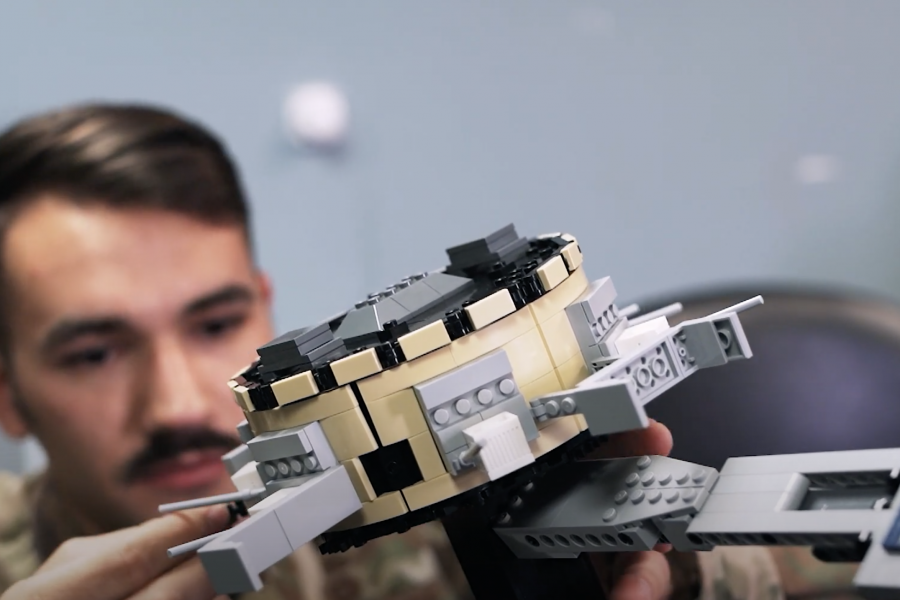 Here’s How ‘Vanguard’ Programs Could Stay for Good

The Air Force’s science advisers say the service needs to make its approach to cutting-edge “Vanguard” programs more concrete and repeatable—and to ditch them when things don’t work out.

USAF leaders asked the Air Force Scientific Advisory Board to grade how the Vanguard concept is doing so far in a brief study earlier this year. The panel published its findings this month. Three of the six recommendations are aimed at improving the initiative now, while the rest are intended to enshrine Vanguards in the Air Force science and technology world over time.

Vanguards are high-profile research projects the Department of the Air Force sees as some of the most promising ventures. Rather than move them through the traditional development process, the service fast-tracks Vanguards with targeted funding, frequent demonstrations, and early discussions about shifting them into combat.

USAF requested $157.6 million to fund their early development in 2021, though it may not earn the full amount. Senate appropriators want to spend just over $100 million on the programs, saying $20 million is “unjustified” while shifting $36 million elsewhere to speed Golden Horde’s combat debut. House appropriators shuffled nearly the entire amount into other uses but added $20 million to advance Skyborg.

The Vanguard process should take four years or less from idea-hunting to prototype testing, the board said. Research needs the backing of the Air Force Warfighting Integration Capability planning group and top department officials.

“All-calls for ‘good ideas’ are too broad; AFWIC must provide a more specific ‘wish list’ for Vanguard calls, but be open to additional ideas” from the S&T, acquisition, and operations communities, the advisory board added.

The best ideas should be aggressive but achievable, reflect the needs of air commanders around the world, and be refined like a “Shark Tank”-like pitch would. Properly exploring and choosing ideas is the “single most important” part of the process, the science advisers said. It “requires clear articulation of disruptive needs and opportunities” and the signoff of an independent panel as well as the high-level Capability Development Council, which includes the Air Force vice chief of staff.

The panel suggested choosing only one or two new Vanguard initiatives each year.

However, the advisory board noted the idea of what a Vanguard should accomplish once picked has changed.

Focusing on getting new technology onto the battlefield may be “incompatible with the inherently high-risk nature of developing ‘leap-ahead capabilities,’” the board said. They urged the Air Force to consider other directions a successful Vanguard could go, besides moving into a formal program of record.

Tech could move straight into combat use without first having a program. It could also continue experiments or be handed off for commercial development. That’s in line with the Air Force’s other efforts to ramp up commercial investment and fuel the private sector through groups like AFWERX and AFVentures.

To make those efforts successful in the long run, advisers urge the Air Force to use its new Transformational Capabilities Office like a venture capital firm to manage the Vanguard portfolio. They also call for that office to lead a board of directors that runs each vanguard. Program teams should embrace the try-anything, freeform startup culture that encourages innovation, the board said.

The board also encourages the Air Force to scale back its efforts for programs that hit insurmountable problems or when better options become possible, instead of continuing to spend time and money on them. The decision to “de-Vanguard” an initiative would come from the Capability Development Council.

If the Air Force does abandon a Vanguard, it could still spin off aspects of that program to use elsewhere or start new research efforts altogether. The service should not equate that with failure, AFSAB said.

“The Vanguard initiative will not succeed in delivering game-changing capabilities unless it has strong, visible, and sustained commitment at the [Department of the Air Force] level,” the advisors added.