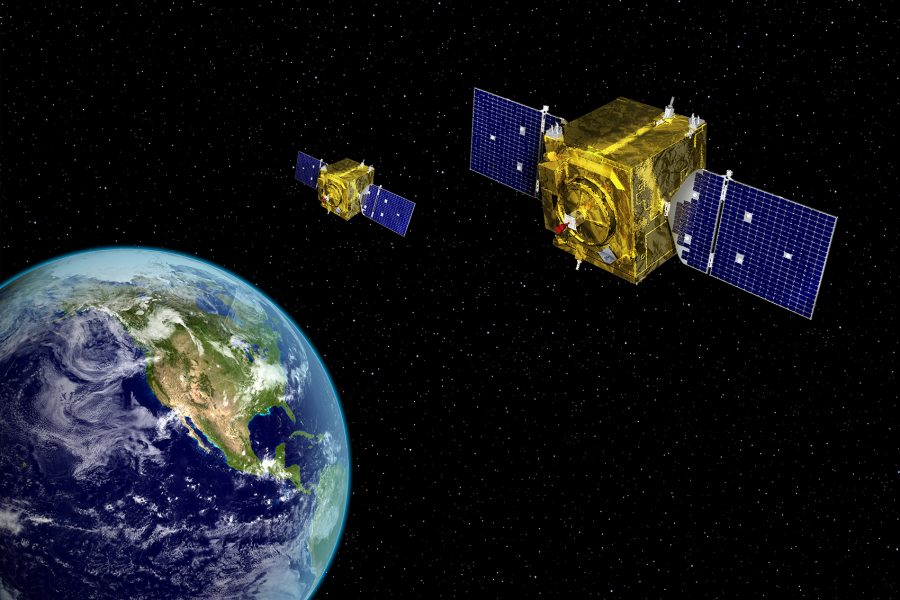 It’s that time of year when Congress rolls out its lists of the data, requirements, and strategies it wants to see from the Defense Department. The House Armed Services strategic forces subcommittee’s piece of the fiscal 2021 defense policy bill is no different.

Here’s what House lawmakers want to know about the rapidly evolving area of space:

“The Department of Defense has begun to assess capabilities and requirements for the cislunar region of space, including space domain awareness, space weather, and space control,” the subcommittee wrote. The committee wants the Defense Secretary to submit a report to be the Senate and House Armed Services Committees by Dec. 1, 2020, “on deep space mission requirements for national security.”

That report must cover the policy the department will follow for space domain awareness, tracking, weather, navigation, rendezvous, and more near the Moon; their requirements for military systems in that region; and five-year cost estimates for potential technology development, commercial services, and operations. DOD should also discuss how commercial companies could compete for cislunar work.

HASC wants the Defense Secretary to draw up a plan by March 1, 2021, on looking to commercial companies for software and hardware that controls SATCOM from the ground. As the Space Force tries to set up a SATCOM network that transmits through the nearest available satellite and ground stations, similar to pinging cell phone towers, lawmakers want DOD to do that in a way that works with existing defense technology but without buying unnecessary extra ground terminals.

A report is due Nov. 1 on the roles the National Geospatial-Intelligence Agency, National Reconnaissance Office, U.S. Space Command, and Space Force play when maneuvering space assets away from others nearby “in peacetime, in crisis, and during a conflict.”

Space Force Chief of Space Operations Gen. John W. “Jay” Raymond must submit a report by Dec. 1 exploring how the National Security Space Launch and small launch programs can ensure its ability to get military systems to orbit, including the cost, risk of each payload, rocket reusability, the past success of launch providers, and whether to employ in-house mission assurance experts or to contract out for that service.

Raymond must also submit a report by Oct. 30 on how to maintain and improve the rocket launch ranges at Vandenberg Air Force Base, Calif., and Cape Canaveral Air Force Station, Fla., and the related costs. The Defense Secretary has until March 1, 2021, to write to Congress about new space testing and training range requirements that DOD might face.

By Dec. 1, a slew of DOD space officials must report on the challenges companies face when entering the space market and how to address them, as well as the future of space innovation and acquisition.

SDA Director Derek Tournear and Raymond need to send a report by Dec. 1 on the Pentagon’s plan to buy commercial space services like broadband communications. This is one of the main focuses of the new Space Force Acquisition Council as it figures out how to divide responsibility among DOD’s various organizations that purchase space systems. SDA is supposed to be in charge of partnering with the commercial sector to quickly get new tools up and running.

“The committee is concerned that the SDA is not positioned to execute its mission in an effective manner and is neither equipped to focus on the many priorities it has set, nor has it adequately budgeted … with several programs left unfunded,” lawmakers wrote. “The committee encourages the SDA to focus on top priorities, including the planned transport layer and the missile warning layer in low-Earth orbit using commercial architectures, which would increase space resilience.”

HASC wants a report by Jan. 31, 2021, on how the Defense Department could use the growing market for commercial satellites in low earth orbit to support combat operations. Those satellites look to boost broadband and wireless cell connectivity from space, instead of needing complex ground infrastructure.

The committee is returning to the issue of slow weather systems acquisition, calling for a report by Oct. 30 on progress toward buying new military weather satellites.

“The committee notes the risk in acquisition strategy for cloud characterization and theater weather imagery, as the legacy systems are long beyond their design life and the Air Force is relying on other aging satellites to fill gaps in weather coverage. The committee supports efforts to leverage ongoing experimental electro-optical/infrared prototype developments as well as efforts for rapid prototyping, using proliferated low-Earth orbit architectures and buying weather data as a service.”