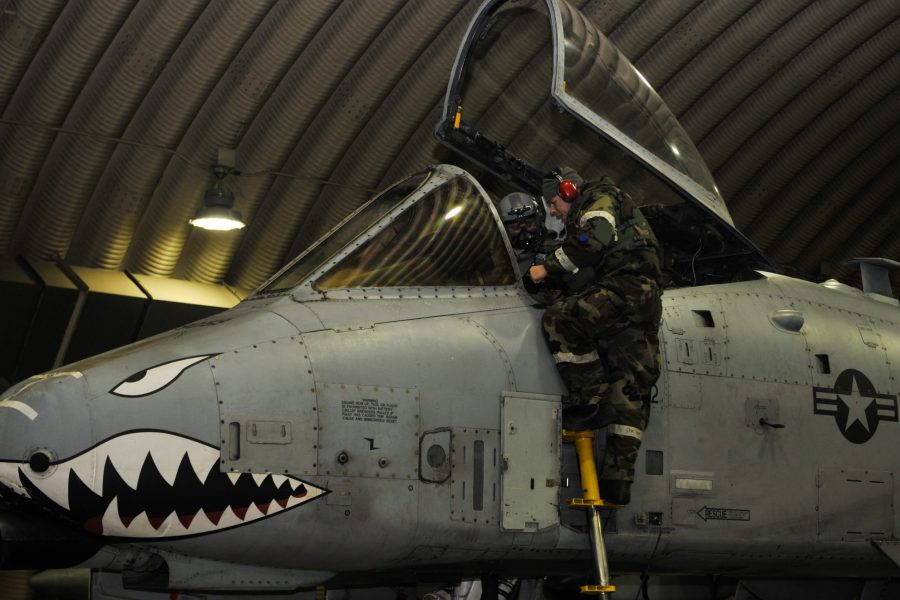 Every year, Congress and the military debate which combat assets should head to the boneyard and which have more life left in them. Lawmakers often opt to keep Air Force systems that bring jobs to their districts, which complicates matters as the service looks to modernize and ditch certain platforms. Sometimes the Air Force opposes congressional efforts to divest planes as well.

While the final draft of the 2021 defense policy bill, released Dec. 3, is open to letting go of some worn airframes, several others will stick around. The National Defense Authorization Act is expected to pass both chambers of Congress and must still earn the President’s approval to become law.

Here’s how it shook out:

Debate over the future of the A-10 attack plane continued into the 2021 legislation, with Congress opting to block the Air Force from spending money to retire any of the airframes. The Air Force wanted to drop from 85 to 46 Air National Guard A-10s in 2021, and from 55 to 48 Air Force Reserve A-10s. It will maintain about the same number of Active-duty A-10s, at 145 airframes.

The limitation doesn’t apply to A-10s the Air Force Secretary deems unable to fly their missions because of extensive damage or repair expenses.

Within 120 days after the bill is signed into law, the Air Force Secretary will send congressional defense committees a report on efforts to install new wings onto the A-10.

The Air Force surprised the public this year with a plan to cut short production of the MQ-9 Reaper drone that has been a mainstay throughout the counterterrorism operations of the past two decades. It wanted to buy its last Reapers in fiscal 2020 and slashed the program’s funding in 2021.

Not so fast, Congress said. Lawmakers opposed the idea and instead want the Air Force to buy another 16 MQ-9s, at a cost of $108 million.

The fight over Reapers is one case where the Air Force and Congress disagree about which assets the service needs as it tries to reprioritize high-tech, advanced combat with other major militaries. Many worry the MQ-9 isn’t equipped to deal with threats like modern surface-to-air missiles or fighter jets.

Lawmakers continue to be concerned about the Air Force’s frequently changing plans to retire the RQ-4 Global Hawk and the U-2 Dragon Lady surveillance planes. The Air Force is trying to ditch all Block 20 and 30 models of the RQ-4 drone, but it “did not provide either the required certifications or a waiver from the Secretary of Defense” to show that the plan was feasible, lawmakers noted.

Congress wants assurance it would be worthwhile to replace the reconnaissance platforms with something better even if it is more expensive, and that commanders around the world could still accomplish their combat goals if the current fleets shrink.

House lawmakers tried to block 50 percent of funding for the Advanced Battle Management System until the Air Force pledged not to retire the Global Hawk in 2021. That was not included in the final bill.

Congress instead amended an earlier law that lays out steps for what the Pentagon must do first to retire either aircraft. Officials still have to come up with proof that retirement wouldn’t harm the military before it stops maintaining the fleets.

“The conferees understand and acknowledge that modernizing airborne intelligence, surveillance, and reconnaissance capabilities will necessitate divestment of legacy systems,” members said. “However, the conferees remain concerned about the Air Force’s continued inability to execute an ISR acquisition and replacement plan that appropriately manages operational risk to the global combatant commanders, as well as the service’s failure to comply with current public law.”

Legislators call for a “comprehensive ISR modernization plan” by March 30, 2021, to allay their fears about retiring aircraft without a suitable replacement available.

Members want to ban retirement of the KC-135 tanker in 2021 while more KC-46 jets become available. Still, the Air Force can determine that a plane is unfit to continue or too expensive to repair. The bill also opens the door to retiring the tankers if the Air Force certifies in fiscal 2023 that it can still meet tanker demand through the Air National Guard and Air Force Reserve.

Lawmakers do want to allow the Air Force to sunset the KC-10 tanker over time, dropping from a minimum of 50 aircraft in the primary inventory in fiscal 2021 to at least 26 in fiscal 2023.

The aging RC-135 intelligence-collection fleet has been a recent target for those looking to cut costs and find a more survivable way to harvest an enemy’s electronic communications and ballistic missile data.

While the House tried to stop the Air Force from retiring the RC-135s until the end of fiscal 2025, the Senate pared that back to a prohibition that covers only 2021. Now, the Defense Secretary must confirm that other technologies are fit to take the place of those planes, and can meet the needs of commanders around the world. Then DOD can begin sunsetting RC-135s after 60 days have passed.

Lawmakers are calling for the Air Force to make sure it can replace the capability of the 16 E-8C Joint Surveillance Target Attack Radar System planes, which track moving targets on the ground, before it gets rid of the airframe. The service wanted to ditch JSTARS in favor of new concepts through the Advanced Battle Management System that is still in its early stages.

Members of Congress also want to see suggestions of where the replacement could be based before the Air Force is allowed to retire the E-8C. The Air Force shouldn’t waste decades of combat command-and-control experience that has accumulated over the course of the JSTARS program, they said.

“JSTARS ground moving target indicator and airborne battle management and command-and-control capabilities continue to be in high demand from global combatant commanders,” lawmakers wrote. “The conferees are concerned about insufficient modernization and sustainment funding for the current platforms. The conferees expect to see adequate resources budgeted in fiscal years 2022 and beyond while JSTARS is flying these missions in support of overseas operations.”

Lawmakers agreed to block the divestment of American F-15C fighter jets in Europe until the U.S. European Command and U.S. Air Forces in Europe bosses offer a “strategy, force structure construct and capacity, and strategy implementation plan” for replacing the airframes. They are concerned removing F-15Cs could cut capability and capacity at RAF Lakenheath, U.K., before newer fighters arrive.

The Air Force is banned from spending money to do away with the RC-26B in 2021, unless it deems them incapable of service. This continues the fight over what to do with the airframe from last year, when lawmakers kept the planes around despite the Air National Guard’s intent to stop using them.

Lawmakers also approved potential agreements between federal agencies to use the reconnaissance planes for non-military missions. That comes after Air National Guard RC-26s were seen flying over the District of Columbia, Minneapolis, Phoenix, and elsewhere amid civil unrest across the country. The Defense Department said they were assessing crowd flow and fire safety, not tracking individuals. At least one ANG RC-26 flew over the California wildfires in August, providing damage assessments and predictive analysis to inform crews on the ground.