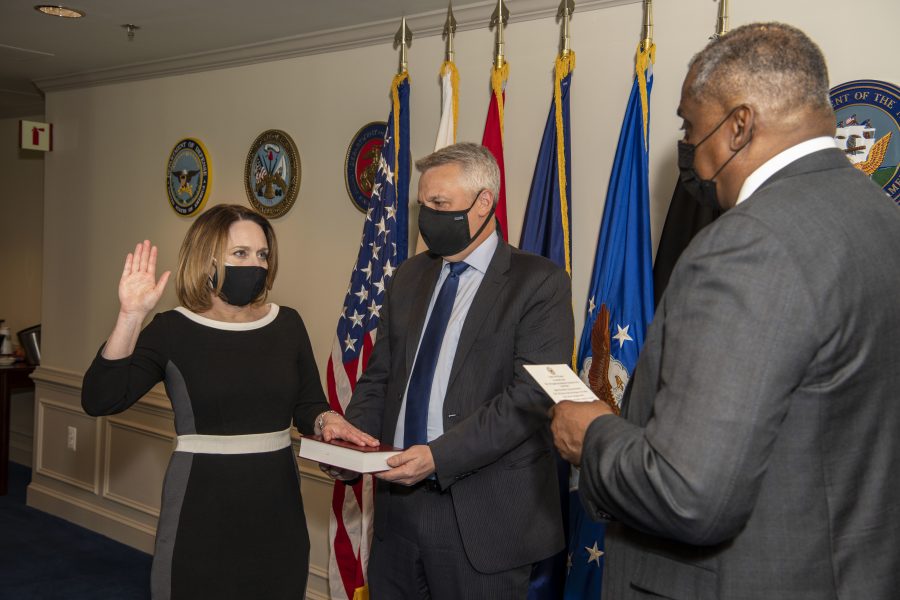 Hicks Takes Over as Pentagon’s No. 2 Official

Kathleen H. Hicks on Feb. 9 reported to work as the highest-ranking woman in Pentagon history, starting as the deputy secretary of defense the day after being confirmed by the Senate.

Hicks immediately met with Defense Secretary Lloyd J. Austin III, received updates on DOD activities related to the COVID-19 pandemic, and accomplished other administrative duties, according to a Pentagon statement.

Hicks, who most recently served as senior vice president at the Center for Strategic and International Studies, also was an adviser to President Joe Biden’s transition team prior to the inauguration. She has extensive DOD experience, serving as the deputy under secretary of defense for strategy, plans, and forces, and the principal deputy under secretary of defense for policy. She first started at the Pentagon as an intern in 1993, according to a DOD release.

During her confirmation hearing on Feb. 2, Hicks highlighted competition with China as a major issue, saying the U.S. military must modernize its equipment and workforce for deterrence. She also pledged to help Austin end extremism, racism, and “other inhibitors to readiness” within DOD.

Hicks told lawmakers she would oversee nuclear modernization decisions, because Austin has pledged to recuse himself from decisions related to Raytheon Technologies, which includes the Ground-Based Strategic Deterrent and the Long-Range Standoff Weapon.

She was confirmed by voice vote the evening of Feb. 8, and is replacing former Deputy Defense Secretary David L. Norquist.

The Senate on Feb. 8 also confirmed Denis McDonough to become the Secretary of Veterans Affairs by a vote of 87-7. McDonough was sworn in to the position by Vice President Kamala Harris during a Feb. 9 ceremony.

See the complete list of new DOD officials sworn in since the inauguration.