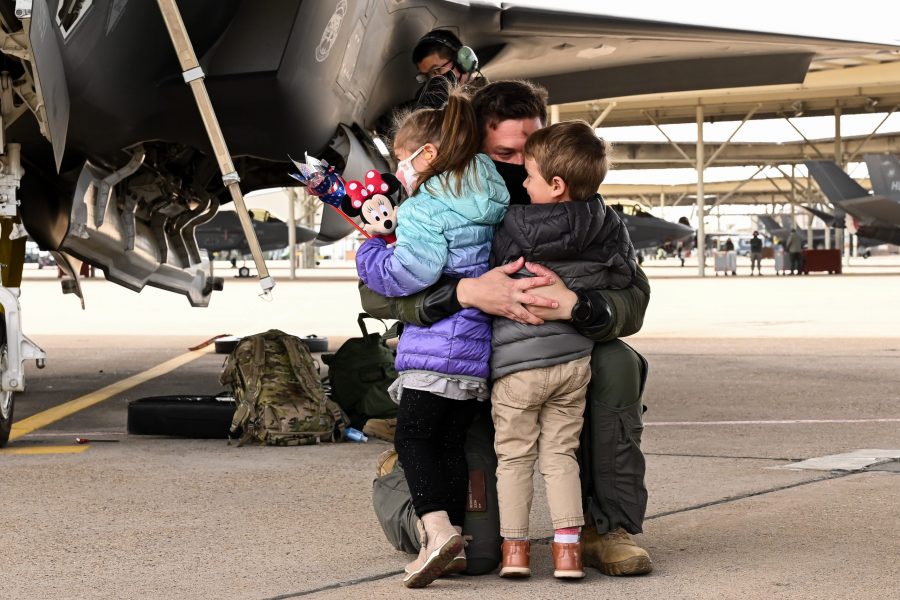 F-35As and Airmen from the 421st Fighter Squadron returned home to Hill Air Force Base, Utah, within the past week after a six-month deployment for combat operations in the Middle East.

The 421st was the third Hill squadron in a row to deploy to U.S. Central Command, where they flew close air support, offensive and defensive counter air operations, and in multiple exercises with partners in the region, according to a base release. The squadron is a combination of the Active duty 388th and Reserve 419th Fighter Wings at Hill, the service’s only operational F-35 base in the continental United States.

“We’re all proud of the job that the 421st FS has done and we’re excited to have them back home,” said Col. Steven Behmer, commander of the 388th Fighter Wing, in the release. “They picked up right where our previously deployed squadrons left off. We’ll continue to train here and remain focused on providing F-35A combat capability.”

Hill F-35s have flown combat missions in CENTCOM non-stop since April 2019, meaning the redeployment marks the first time in 16 months that all F-35 units are at the Utah base at the same time. It is not clear if the squadron returning home leaves the region without a fifth-generation USAF fighter presence. Prior to the first F-35 deployments, Air Force F-22s had been steadily deployed to the theater.

The aircraft and Airmen returned to Hill on a rolling basis over the past several days, and are now in quarantine for 14 days to limit the spread of COVID-19.

“We’re extremely happy to welcome everyone home in time for the holiday season and look forward to seeing our folks reunited with their loved ones,” 419th Fighter Wing Commander Col. Matthew Fritz said in the release. “Deployments are always a challenge and each of our return deployers and their families deserve a pat on the back for a job well done.”