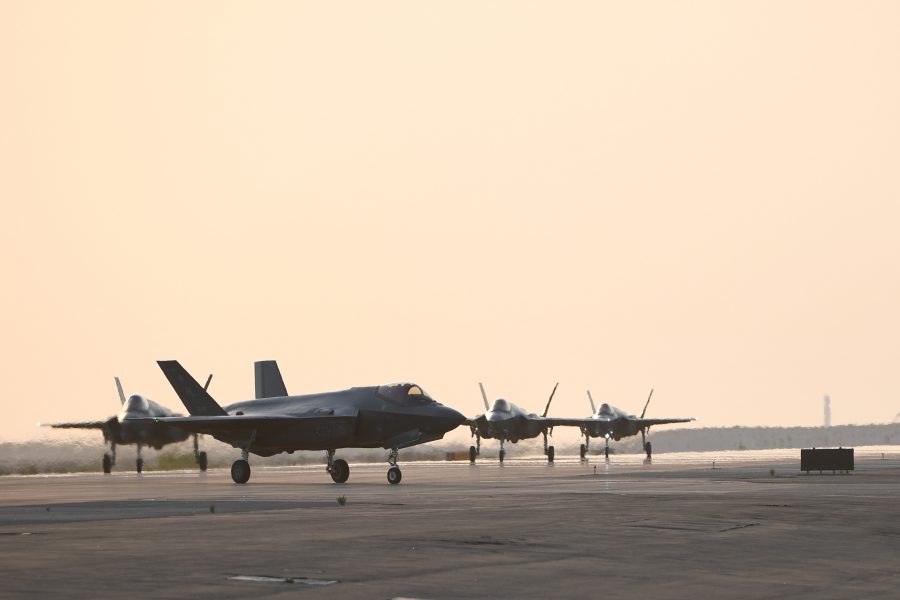 F-35s and Airmen deployed to the Middle East from Hill Air Force Base, Utah, recently for the third time in 12 months.

The aircraft and Airmen from the 421st Fighter Squadron touched down at Al Dhafra Air Base, United Arab Emirates, on May 30, according to the 380th Air Expeditionary Wing. The deployed squadron includes pilots and maintainers from both the Active duty 421st and Reserve 466th Fighter Squadrons and Aircraft Maintenance Units.

“The 421st Fighter Squadron completed their stand up in December and now they’re our latest squadron heading into the fight,” 388th Fighter Wing Commander Col. Steven Behmer said in a release. “This demonstrates the readiness of our Airmen, our weapons system, and the importance of both to the Air Force and our national defense mission. On top of that, add in prepping and training in this challenging coronavirus environment. As leaders, we couldn’t be more proud of our Airmen.”

This deployment comes about three weeks after aircraft and Airmen from the Active-duty 34th Fighter Squadron and the 466th returned from a deployment to Al Dhafra. In theater, the aircraft will provide close air support, offensive and defensive counter-air, and maritime escort missions, according to the Air Force.

The Active-duty 388th and Reserve 419th Fighter Wings are the service’s first combat-capable F-35 units, with about 78 total jets assigned to Hill.