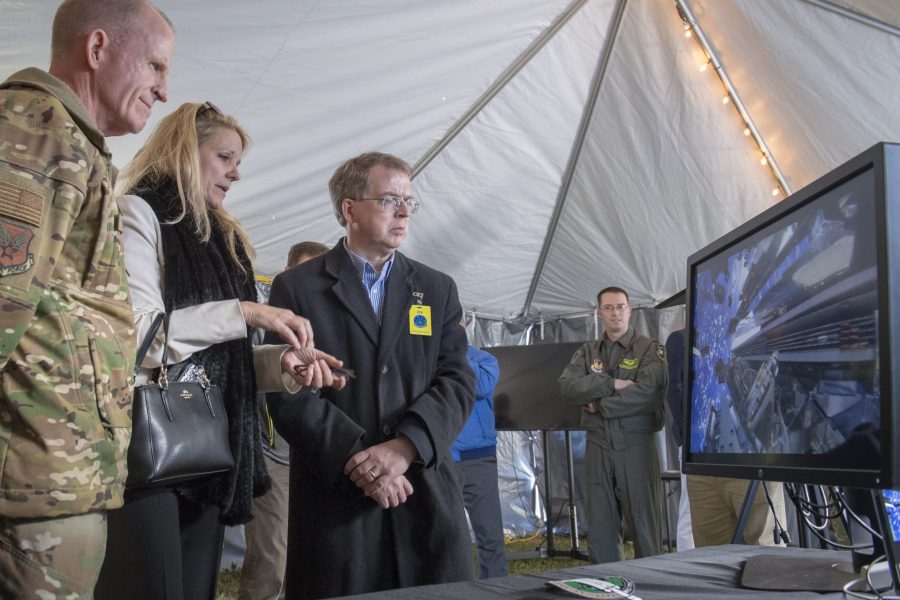 The Air Force’s big plans for its Advanced Battle Management System is likely to hit a major roadblock if House appropriators get their way.

The Air Force’s fiscal 2021 budget calls for more than $302 million for ABMS —its “system of systems” linking space, air, and ground sensors together as a way to replace its E-8 Joint STARS fleet. The request is more than double what the service wanted in fiscal 2020, and part of a planned increase to more than $1 billion in fiscal 2024.

The House Appropriations Committee, however, in a report accompanying its proposed fiscal 2021 defense spending bill, says that although it understands the need for a new network for future operating environments, it “lacks enough confidence in the Air Force’s structuring and execution of ABMS to support the rate of budget growth” the service wants.

The report cites “several weaknesses” in the program, which were originally noted in a Government Accountability Office report, including a lack of firm requirements, acquisition strategy, or a cost estimate, that must be addressed before the committee agrees to increase funding for the ABMS. Additionally, the committee says the roles of Chief Architect of the Air Force Preston Dunlap, and other officers executing ABMS, are unclear.

“The Committee believes that the Air Force needs to articulate a strategy for transitioning technologies that are successfully developed by the ABMS program to existing weapon systems and other programs of record,” the report states. “It is unclear how the costs of fully integrating elements of the ABMS family of systems will be accounted for through their lifecycles across multiple programs without simply being handed down as unfunded mandates to individual program managers.”

The Air Force’s request includes about $75 million for its series of “on-ramp” exercises, which began last December with the next expected this fall. Air Force leaders have touted these exercises as game-changing examples of its future requirements and ways to show the need for a transformational joint all-domain command and control system.

“The committee cannot ascertain any specific requirement or other programmatic justification for conducting this number of exercises, nor does the committee have adequate confidence in the cost estimate of $25,000,000 per exercise,” the report states. “It is unclear if the ABMS program intends to limit the scope of exercises to the allocated funds, if other Air Force funds would be used to augment such exercises as necessary, or if other efforts within the ABMS program would be reduced in order to support the exercises if their actual costs exceed the budgeted amounts.”

The committee plans to cut funding for these exercises by $50 million, two-thirds of the service’s request. The House Appropriations Defense subcommittee approved the bill by voice vote on July 7, and the full committee is expected to approve it July 14.

The House Armed Services Committee’s version of the 2021 defense policy bill keeps the E-8C JSTARS flying, while also calling for more information on the on-ramp exercises and a breakdown of costs. The Senate Armed Services Committee’s version calls for more information on the Air Force’s ABMS plans. Senior Air Force leaders have said it has been difficult to make a public case for ABMS, because so much of the information about the system is classified.

Chief of Staff Gen. David L. Goldfein has increased the number of classified briefings on Capitol Hill to explain his views, but he acknowledged it can be an uphill battle because the service is calling for cuts to aircraft fleets and weapons systems, which have constituencies behind them. Goldfein said in April the GAO’s view of ABMS, touted in the House appropriators report, was outdated and didn’t have access to classified information that bolsters the service’s case.