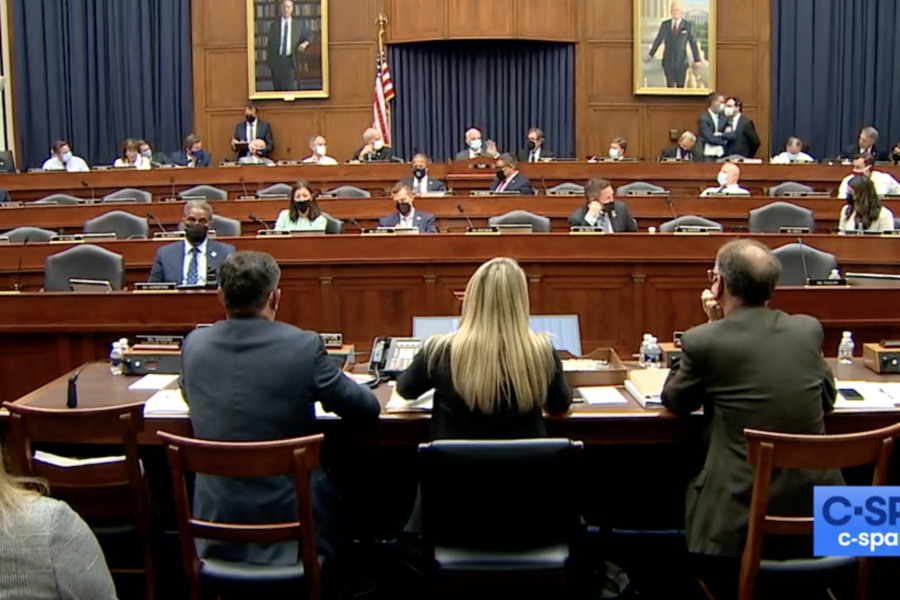 House Panel Addresses Women in the Draft, Waivers for Generals in NDAA Markup

In a marathon session that started Sept. 1 and stretched into the early morning hours of Sept. 2, the House Armed Services Committee approved its markup of the fiscal 2022 National Defense Authorization Act as representatives spent the better part of 16 hours debating and voting on amendments on everything from the top line of the defense budget to the recent events in Afghanistan to waivers for retired generals hoping to become Secretary of Defense.

The biggest adjustment came from an amendment offered by ranking member Rep. Mike Rogers (R-Ala.), who proposed increasing the budget’s top line some $23.9 billion over the $715 billion requested. That increase was approved 42-17, with many Democrats crossing party lines in a rebuke of President Joe Biden’s budget.

Beyond that major change, however, scores of other amendments were also considered and added to the bill.

As widely expected and reported before the Sept. 1 markup, House Republicans filed a barrage of amendments related to the last few weeks of the Afghanistan War as President Joe Biden oversaw a withdrawal that turned chaotic and deadly when the Taliban seized control of Kabul and an Islamic State suicide bomber killed 13 U.S. troops.

Many of the amendments were agreed to on a bipartisan basis, such as prohibiting the transfer of money or goods to the Taliban; requiring the Pentagon to brief Congress on terrorism threats in the country now that the U.S. presence on the ground is gone; asking for reports on the number of Americans remaining in Afghanistan who wish to be evacuated and the military equipment left behind during the withdrawal; and establishing a bipartisan commission to study lessons learned from the 20-year war.

Some, however, provoked sharp partisan debate as Republicans criticized Biden’s actions and Democrats sought to defend him. Rep. Ronny Jackson (R-Texas), a retired rear admiral in the Navy, introduced an amendment seeking a report from the DOD inspector general on any potential political motivations that went into the decision to withdraw troops. While Jackson insisted his amendment was “not a shot at President Biden and his administration,” the committee’s chair, Rep. Adam Smith (D-Wash.) retorted that regardless of intent, it would have that effect, calling the notion of Biden being politically motivated to leave Afghanistan “offensive.”

Jackson’s amendment was defeated by voice vote, as was an amendment from Rep. Mike Waltz (R-Fla.), which he said would “express a lack of confidence in President Biden’s performance as commander-in-chief during this withdrawal.” Waltz’s amendment also sparked intense debate.

Women in the draft

The House committee also voted to approve an amendment from Rep. Chrissy Houlahan (D-Pa.) requiring women to register for the military draft, on a 35-24 line.

The provision was also included in the Senate Armed Services Committee’s markup of the NDAA. After years of debate over all women ages 18 to 25 registering, the requirement is now closer than ever to becoming law, representing a major overhaul of the Selective Service System.

There has not been a military draft in the U.S. since 1975, but should a draft become necessary, “we need man, woman, gay, straight, any religion, Black, white, brown. We need everybody, all hands on deck,” Waltz said before voting for the amendment.

HASC split on a pair of amendments offered in relation to the National Guard, agreeing to one but rejecting the other.

The amendment that was approved, offered by Rep. Veronica Escobar (D-Texas), proposed prohibiting the deployment of any state’s National Guard across state lines if the mission was funded by “non-governmental grant, donation or private source of funding, unless for emergency or disaster relief efforts.”

Escobar’s amendment comes on the heels of South Dakota Gov. Kristi Noem using a $1 million donation from a prominent Republican booster to deploy her state’s National Guard to the U.S.-Mexico border. Escobar didn’t explicitly call out Noem’s actions in speaking on her amendment, but she did make reference to the National Guard being “rented out.”

The amendment that was rejected came from Rep. Trent Kelly (R-Miss.) as he sought to eliminate a provision in the chairman’s mark that would put the Washington, D.C., National Guard under authority of the mayor of Washington, D.C., instead of the president.

Debate on Kelly’s amendment quickly turned to questions of D.C.’s push for statehood and unique constitutional status, but in the end, it was voted down 31-28 on a party-line basis, keeping the provision intact as it heads to the full House.

In a move he said was designed to reinforce civilian leadership of the Defense Department, Rep. Mike Gallagher (R-Wis.) introduced an amendment establishing a new requirement that retired officers ranked brigadier general and above must be out of the military for 10 years before they are allowed to become Secretary of Defense, up from the current seven-year waiting period.

Gallagher’s proposal also calls for a three-fourths vote in both the House and Senate to grant a waiver to the 10-year rule.

Since World War II, Congress has granted only three waivers to the seven-year rule—George C. Marshall in 1950, James Mattis in 2017, and Lloyd J. Austin III in 2021. Gallagher pointed to the fact that two of those retired generals, Mattis and Lloyd, were granted waivers in the past four years—along Austin currently serving as Defense Secretary—as proof that what once was seen as an exception is dangerously close to becoming the norm. His amendment was approved by the committee.