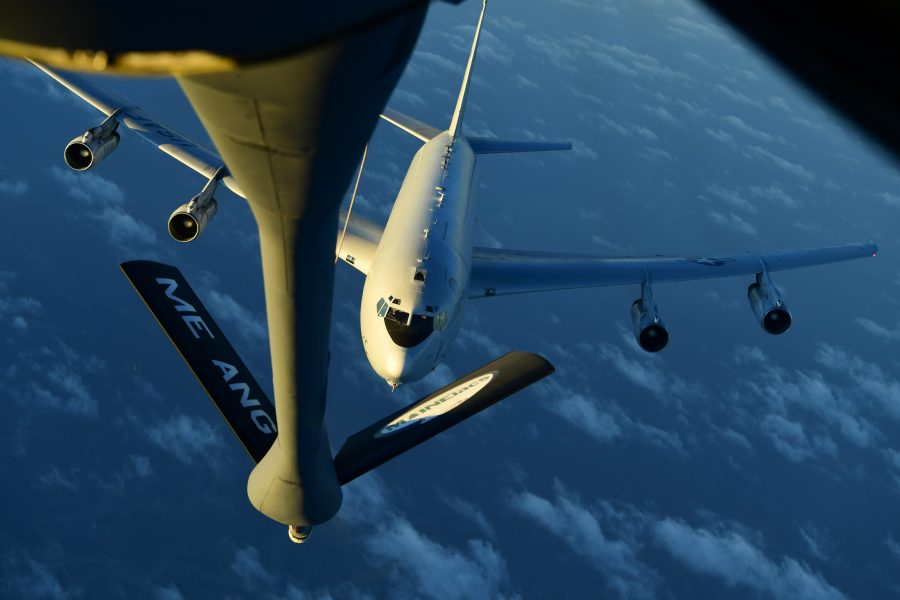 House lawmakers want to ban the Air Force from retiring the E-8C Joint STARS fleet until the service finds a suitable replacement, while seeking more information on the complex network meant to take the jets’ place.

The House Armed Services tactical air and land forces subcommittee’s version of the fiscal 2021 defense policy bill looks to amend Congress’s earlier views on the E-8C replacement. In 2019, lawmakers laid out a slew of guidelines the Air Force needed to follow as it moved away from using the JSTARS fleet to track and command forces.

If the service wanted to ditch the 16 jets, Congress said in 2019, it needed to show definitive progress toward the vast network of aircraft, sensors, weapons, and data analytics systems known as the Advanced Battle Management System. Capitol Hill has criticized the lack of transparency into ABMS, while the Air Force argues the nontraditional program will bear fruit over time.

Hoping to learn on the go, the Air Force is adding new communications, analysis, and targeting tools into periodic ABMS demonstrations. The first demo took place in December 2019; the second was pushed from April to September because of the coronavirus pandemic.

Now, lawmakers want more details on what goes on during those exercises, including “objectives achieved, the realism of the exercise, including which portions were scripted and which were not, and the technical workarounds or substitute technologies employed.” They also ask for a breakdown of the costs of the technologies involved, ranges and test resources, personnel, and logistics.

“This section would also require the [Air Force] Secretary to report on planned ABMS capabilities, technologies needed to implement and achieve these capabilities, and a timeline for technology maturation and notional fielding schedule across the future years defense program,” lawmakers wrote. “The committee expects this report to outline how ABMS intends to transition demonstrated capabilities into sustainable programs of record.”

If the bill is signed into law, the Pentagon’s independent cost evaluation office would vet the Air Force’s price tag for ABMS. The Air Force expects ABMS will cost $3.3 billion through 2025, compared to the approximately $7 billion it planned to spend on a new JSTARS platform.

The service asked for $302.3 million to continue work on joint all-domain command and control in fiscal 2021.

Congress has floated various ideas of how many JSTARS aircraft the Air Force should be allowed to keep in the inventory. It previously said retirement should wait until the second phase of ABMS is ready for operations, potentially in the mid-2030s. Lawmakers seem to be backing off of that timeline.

The Air Force previously said that middle phase of ABMS would entail adding “advanced sensors and open mission systems into ground and airborne [battle management and command and control] platforms, including fifth-generation sensors that can track targets in highly contested environments.”

ABMS may not be fully ready until the 2040s, about a decade after the E-8Cs are expected to run out of service life.