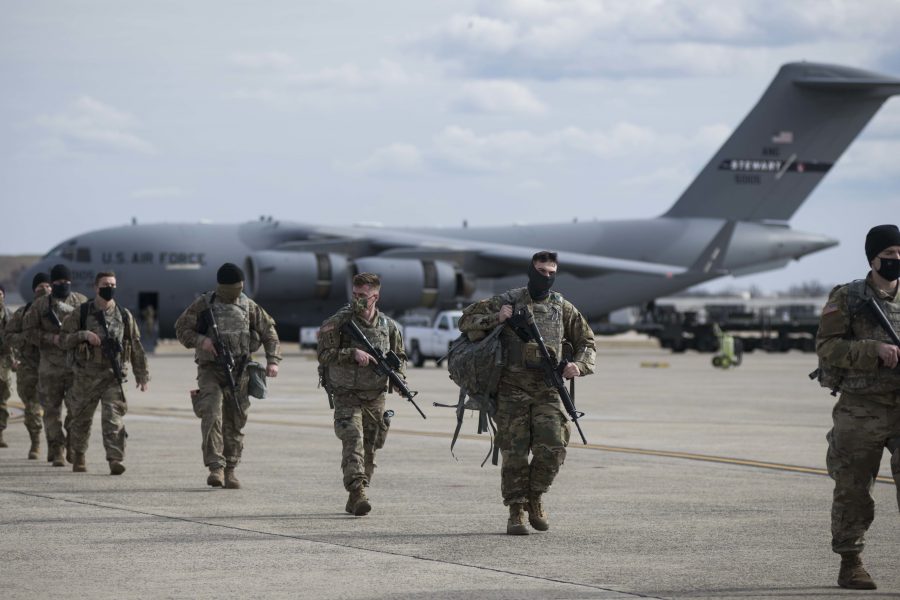 The Air Force’s role in Joe Biden’s inauguration will look much different from past inaugurations, with a historic national airlift bringing in thousands of Guardsmen to protect the Capitol and surrounding areas and a ceremonial component that is much smaller than previous events because of the security situation in Washington, D.C., and the ongoing pandemic.

In the run-up to the 59th inauguration, the Air Force activated the 320th Air Expeditionary Wing as the USAF service component of the Joint Task Force-National Capital Region—the military effort that contributes to the overall inauguration security effort led by the U.S. Secret Service. On Jan. 20, about 400 USAF personnel will support inaugural events, including flying VIPs, Honor Guards and bands, and communications and other support. This is down from the 1,000 who participated in front of and behind the scenes in 2017.

For the ceremony, the USAF Total Force support includes:

At Joint Base Andrews, Md., F-16s from the District of Columbia National Guard’s 113th Wing “Capitol Guardians” will be ready for air sovereignty protection missions, along with KC-135s from the 459th Air Refueling Wing for tanking support.

North American Aerospace Defense Command said in a statement that its support to the U.S. Secret Service-led National Special Security Event will be protecting D.C.’s airspace, though the inauguration will not be that different from regular operations.

“NORAD’s support will fall within its regular enforcement of the Special Flight Rules Area, which is in place over the nation’s capital 24/7/365,” the command said in a statement. “The NCR is a land-based buffer zone surrounding Washington, D.C. The airspace associated with the NCR (and identified as the Special Flight Rules Area) facilitates the identification of aircraft approaching the nation’s capital. Established by the FAA, its airspace of defined dimensions within the ready identification, location, and control of airborne vehicles are required.”

Unlike previous inaugurations, there is no ceremonial flyover scheduled for the ceremony, according to the Air Force and the JTF-NCR. For the 2017 event, an F-15E, F-16, F-22, and F-35 flew over the Capitol during the ceremony.

The airspace over Washington, D.C., has been busy in the run-up to the inauguration as thousands of National Guard personnel have streamed in for enhanced protection of the event following the Jan. 6 insurrection at the Capitol, as part of a mission called “Operation Capitol Response.”

The Air National Guard has conducted a historic airlift, which as of midday Jan. 19 included 155 sorties, carrying 6,838 total passengers and 607 short tons of cargo with Guard units from 31 states flowing in. C-17s, C-130s, KC-135s, and other Guard and Active duty aircraft have constantly streamed into Joint Base Andrews, Md., bringing in personnel from as far as Alaska, Hawaii, and Puerto Rico to contribute to the security mission.