Skip to content
The Department of the Air Force will launch a second review of racial, gender, and ethnic disparities after a 2020 report found wide-spread issues across the department. USAF photo.
Expand Photo 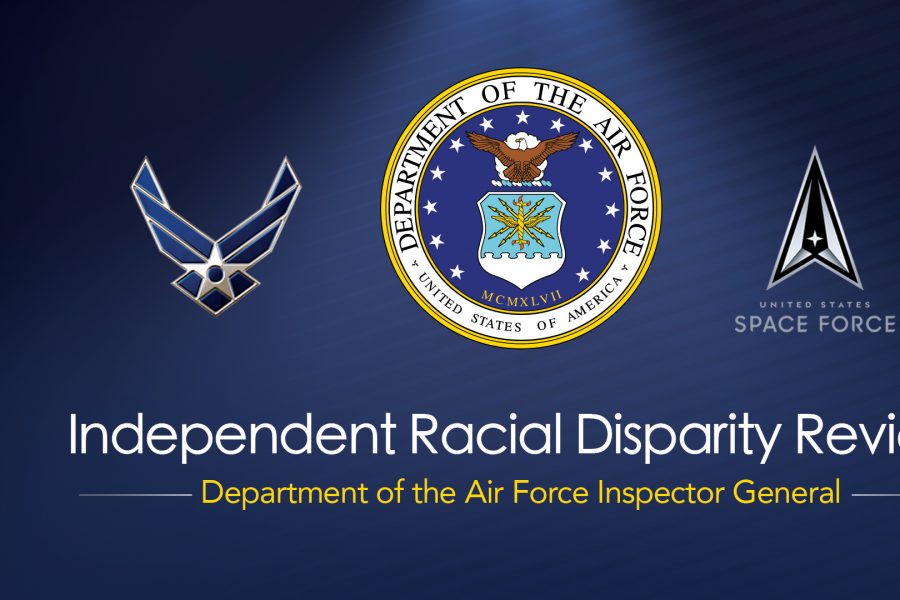 She said her office, which was formally established on Jan. 11, is taking a three-pronged approach to its mission, focusing on how to improve culture, increase diversity, and quantify its progress on both fronts.

Rooney said D&I is crucial for the department to maintain “innovative and technological” superiority over its adversaries in today’s “increasingly … complex global security environment.”

“We have to be able to attract talent from our communities, compete for those skills, and provide professionals that are committed to our nation,” she said.

The Department of the Air Force announced after the vAWS panel was recorded that it is undertaking a second disparity review—this time, focused on additional races, as well as ethnicity and gender.

The results of the Air Force Inspector General’s 2020 Independent Racial Disparity Review “weren’t surprising,” but should still serve as a wake-up call for the Air Force, Deputy Chief of Staff for Manpower, Personnel, and Services Lt. Gen. Brian T. Kelly said during the diversity and equity panel.

“I think that if we’re not careful, this time, we could have the same outcomes,” he said. “We could have all these good, well-intended actions, not result in moving forward.”

After the report came out, the service took time to brainstorm ways it could alter its approach to diversity and inclusion to affect lasting change.

“There’s three parts of this for us,” he said.

First, he said, USAF must change its culture to ensure that policy changes take.

“In the past, we’ve made changes, but the culture wasn’t accepting of the changes, right? So when individuals left or individuals moved on, the culture never changed, and it just reverted back to where it was before,” he said. “So that’s important.”

Next, he said, the Air Force must make sense of the barriers its Airmen face.

Thirdly, he said, USAF must ensure that the way it handles talent management reinforces and incentivizes the cultural shifts it wants to see.

He pointed to the service’s recently released Airman Leadership Qualities—which will eventually form the backbone of its Officer and Enlisted Performance Reviews—as one example of a procedural shift designed to make diversity and inclusion a cultural norm.

“The OPRs and EPRs are going to have a factor on there that talks about your ability as a leader to be inclusive and to nurture and build inclusive teams,” Kelly said. “So we are indicating to the force and we’re reinforcing and incentivizing to the force the fact that we want to have this inclusive culture, and if you as a leader, don’t have that skill set, right, you’re not gonna … move forward, right, until you can develop that skill set.”

Former Vice Chief of Staff of the Air Force, former AFA President, and retired Gen. Larry O. Spencer agreed. To him, the 2020 AFIG review begged two questions: Why are the numbers this way, and how should the Air Force react?

“You know, there’s some interesting things in the study,” he said. “For example, the study points out that more minorities tend to go into non-operational career fields. OK, I don’t assume there’s anything nefarious there, but why is that? And … once we find out why that is, and what do we do about it?”

Spencer said he hopes the Air Force will zero in on the root causes of racial disparities moving forward, and create “an action plan that will be part of our DNA.”

The most effective ways the Space Force can continue its drive towards increased diversity and inclusion in the wake of the AFIG report’s December 2020 release include continuing to pursue strategic university partnerships, the introduction of coaching and mentorship opportunities earlier in Guardians’ careers, and working diversity and inclusion into pre-command training for enlisted and commissioned leaders, Space Force Chief Human Capital Officer Patricia Mulcahy during the same panel.

The university partnerships are crucial because the technical nature of Space Force career fields make diversity a challenge from the get-go, she explained.

“We’re operators, intel, cyber engineers, and systems acquisition folks,” she said. “So we already feel the challenge of, that tends to not be as as diverse a group that are coming in from high schools and colleges.”

For this reason, she explained, the Space Force has been engaging with universities that offer the kind of science, technology, engineering, and mathematics that the service keeps an eye out for, while also being “connected to more diverse talent.” For example, she said, USSF partnered with North Carolina A&T State University because of its strong engineering program and institutional focus on serving the African American community.

“These are some of the things we think that we need to do more of from the beginning,” she said.

Next, she said, while the Space Force began formalized coaching for all of its O-6s two years ago, the service needs to heed feedback about giving Guardians this kind of one-on-one support earlier in their careers.

“In our pre-command training, we’re now doing it with both the officers and … our senior NCOs,” she said.

This pre-command training has also been updated to include diversity and inclusion talks on things like tackling difficult dialogues and confronting unconscious bias, she added.