Skip to content
Vance pilots prepare to taxi on the flightline in a T-6 Texan II on Nov. 1, 2017, at Vance Air Force Base, Okla. USAF photo by Senior Airman Corey Pettis.
Expand Photo 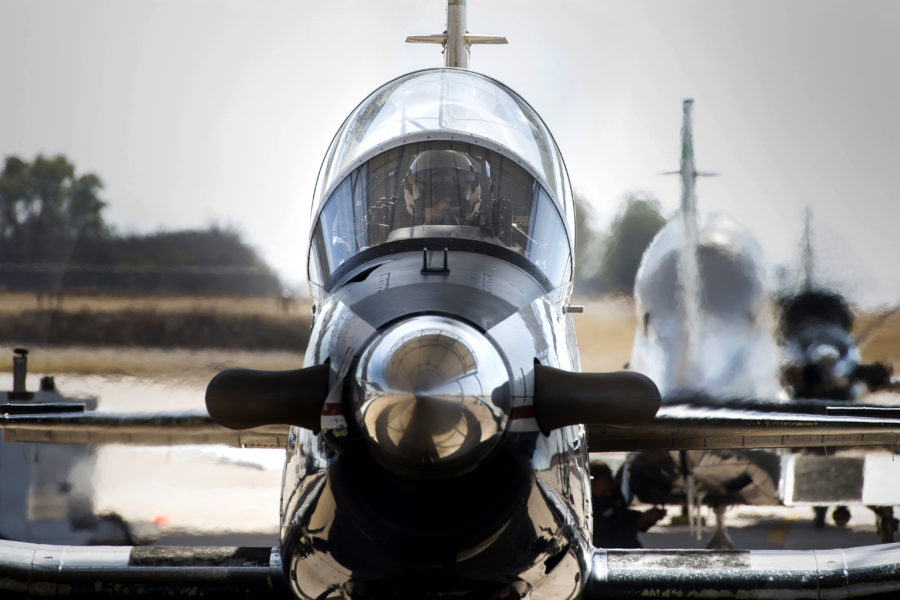 How USAF is Trying to Reduce Training Mishap Rates

The Air Force is improving its supply chain and simulators, expanding the time for pilots to train, and trying to keep seasoned Airmen in to help bring down the rate of training mishaps, but the service’s No. 2 told lawmakers USAF still can’t meet programmed flying hours, even though pilots say they want to fly more.

Gen. David W. Allvin, the Vice Chief of Staff of the U.S. Air Force, told the House Armed Services Committee during a March 23 hearing on training accidents that preventing mishaps is a “top priority for the Air Force,” and said the rate of the incidents has fallen in recent years.

“The Air Force has made significant strides in reducing training mishaps over recent decades. However, we understand this is an on-going endeavor, and we must continually address emerging hazards with new training programs and aircraft,” Allvin said in prepared testimony. “We are undergoing a review of our aviation training syllabus to ensure we have the most effective and safest training possible. We know that risk is inherent in our aviation training and we must continue to proactively identify and then eliminate or mitigate hazards to the fullest extent.”

The Air Force has sustained more than 1,200 Class C or higher mishaps since 2018, though the overall pace of mishaps has dropped since then, Allvin testified.

In fiscal 2020, there were 72 total aviation mishaps, Air Force Magazine recently reported. There have been several high-profile crashes recently in which Airmen have died, from initial training, to in-unit training, overseas exercises, and in combat.

In December, the Congressionally mandated National Commission on Military Aviation Safety released an extensive report looking into systemic problems across the military. The investigation found that a lack of flying hours and overworked maintainers were the main sources of the problem.

Allvin told lawmakers the report largely agreed with internal Air Force research, and USAF is working toward meeting the bulk of its recommendations.

The specific steps he outlined were:

However, Allvin said the Air Force can’t meet a key goal outlined in the report: an increase in flight hours. Pilots complained that a lack of real flying hours was limiting their effectiveness, and the report called for funding flying hours to fiscal 2010 levels. Allvin told lawmakers the Air Force’s inventory and end strength are not the same as that year. There is a different number of and types of aircraft, and associated personnel, making that goal impossible.

“We would be unable to execute a program 10 percent larger than the current flying hour program with today’s force structure and global commitments,” he said in testimony.

The Air Force has under executed its flying hour program from fiscal 2018 to 2020, and the service is studying its executable flight hours to inform its budget and its overall flight hour program, Allvin said.

“The Air Force continues to carefully manage the execution of the flying hour program and look for additional opportunities to maximize its utilization … within the budget and within the bounds of available aircrew and aircraft,” Allvin said. “Our most significant limitations to growing the flying hour program are enduring overseas commitments, protracted maintenance on legacy airframes, diversion of aircraft into modernization pipelines, and shortfalls in maintenance manning—all of which reduce aircraft availability with which to train.”