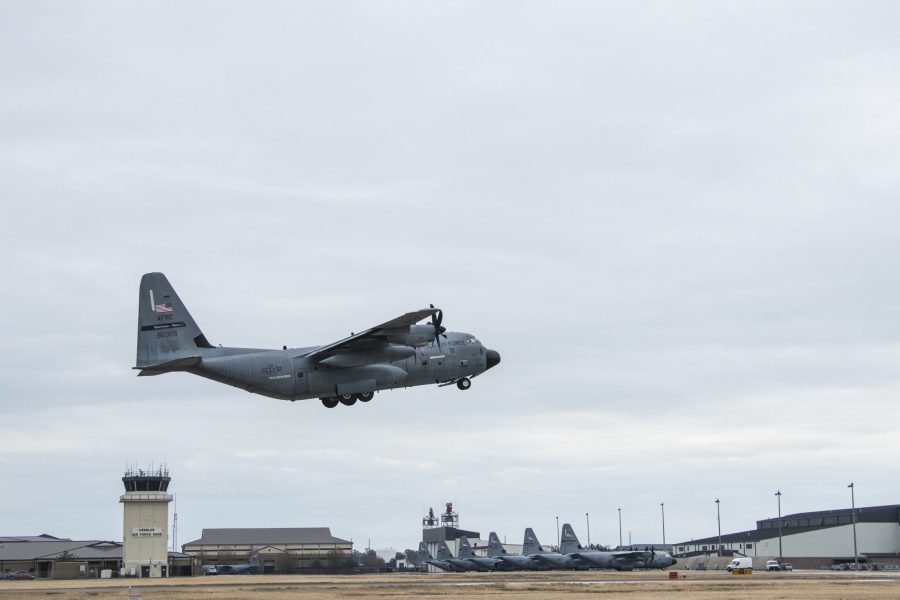 The Hurricane Hunters of the 53rd Weather Reconnaissance Squadron flew their first sortie of the winter storm season, just weeks after wrapping their busiest hurricane season on record.

A WC-130J flew its first winter mission on Dec. 15, though the season officially began Nov. 1, according to a Keesler Air Force Base, Miss., release. The WC-130Js are tasked by the National Centers for Environmental Prediction, part of the National Oceanic and Atmospheric Administration, to collect data such as dew point, barometric pressure, and wind speed to help with forecasts, the release states.

“For winter storms we don’t fly through the system; we fly in front of the system,” said Lt. Col. Kaitlyn Woods, the chief aerial weather reconnaissance officer with the squadron, in the release. “This particular one we are doing these next two days is a storm they believe is going to generate off the Gulf Stream off the East Coast, so we want to get ahead of the system to collect what the atmosphere currently looks like and how it will affect the incoming system.”

Unlike tropical storms, when the WC-130J flies through the storm to collect data, the Hurricane Hunters fly at about 30,000 feet in front of a winter storm.

“These major winter-weather systems often affect heavily populated areas such as New England, so the data we collect better helps with forecasting the max amount of wind speed, rainfall, and/or snowfall, so those people can be better prepared,” Woods said in the release.

The Dec. 15 sortie comes more than two weeks after the 2020 Atlantic and Pacific hurricane season ended on Nov. 30. There were 30 named storms in the Atlantic, the highest on record, and the storms started early. The Hurricane Hunters flew their first sortie on May 16, two weeks before the start of the season, and flew in a total of 20 named storms in the Atlantic and two in the Pacific throughout the season, according to a Dec. 2 Keesler release. The squadron deployed to multiple locations, including Hawaii, St. Croix, and the U.S. Virgin Islands.

“We went on the road eight times to fly 11 different storms,” said Maj. Jeremy DeHart, aerial weather reconnaissance officer with the squadron, in the release. “One of those deployments was a two-week marathon session flying back-to-back storms from start to finish. Another four deployments were to evacuate the aircraft due to the threat of direct impacts at home, which takes an extra toll on our personnel.”

The squadron and NOAA’s separate Hurricane Hunter aircraft flew a total of 1,950.9 hours, the third busiest since 1975, according to Keesler.