Skip to content
A WC-130J Super Hercules aircraft assigned to the 53rd Weather Reconnaissance Squadron at Keesler Air Force Base, Miss., approaches the outskirts of Hurricane Ida Aug. 27, 2021. The squadron flies into tropical systems to collect atmospheric data for forecasting purposes and is the only one of its kind in the Department of Defense. U.S. Air Force photo by Staff Sgt. Kristen Pittman.
Expand Photo 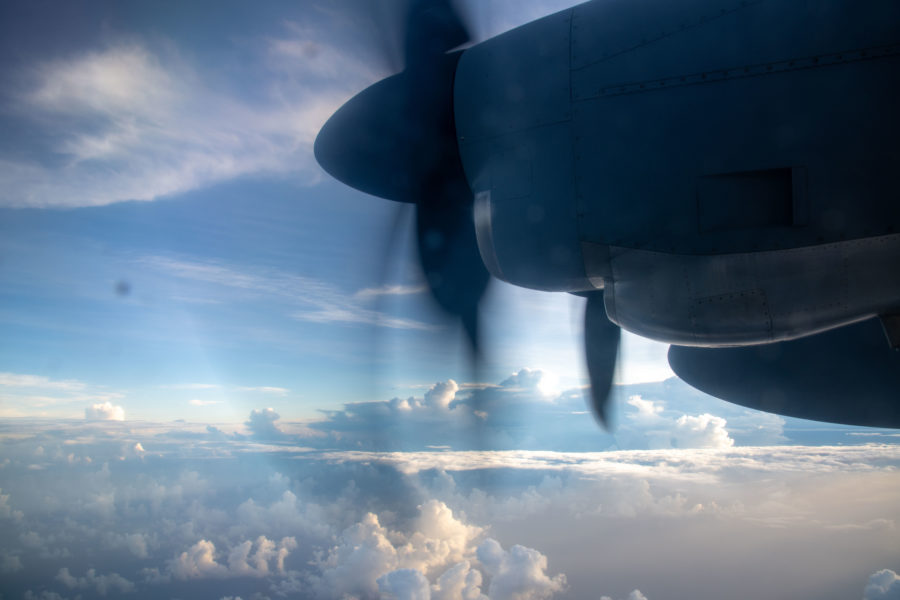 Air Force bases in the Gulf of Mexico region reported minimal damage and no impact on missions as a result of Hurricane Ida, the largest hurricane ever to make landfall in the region. Maxwell Air Force Base, Ala., is a designated relief staging area for the disaster and is serving as the Federal Emergency Management Agency’s incident support base in the region.

Ida came ashore in Louisiana on Aug. 29, with a 15-foot storm surge and winds up to 150 miles per hour, just shy of being a Category 5 hurricane, the most powerful to make landfall in the state’s history. Power was out for more than one million Louisiana and Mississippi residents by midday Aug. 30, and one person was reported killed by a falling tree branch, but Louisiana Gov. John Bel Edwards (D) told residents to prepare for a “much higher” casualty count.

Levees in the New Orleans region largely held, having been bolstered by some $40 billion worth of reconstruction and reinforcement in the wake of Hurricane Katrina, which struck the same region on the same day in 2005, inflicting massive damage on New Orleans and the Gulf Coast.

A damage assessment team is evaluating Keesler Air Force Base, Miss., near the point of impact, for storm damage, a base spokesperson said. However, “the base has survived the hurricane well, with minimal damage reported so far. Once the storm has cleared the area, assessment teams will continue to check for damage,” she said.

Keesler leadership is checking that “all personnel who sheltered on base and other personnel who reside in local communities are safe and are given the most up-to-date information to stay out of potentially dangerous areas,” the spokesperson said. Base emergency personnel “train year round for this type of situation,” said Lt. Col. David Mays, 81st Mission Support Group commander.

“Please know that our Airmen, Guardians, Sailors, Marines, and our mission partners here at Keesler are safe,” said 81st Training Wing commander Col. William Hunter. The base was prepared for the storm, and base personnel are getting it back to “normal operations as Ida makes its way further north,” he said.

Maxwell Air Force Base was designated by the Federal Emergency Management Agency and Air Force North as an Incident Support Base for Ida. Between the evening of Aug. 27 and the morning of Aug. 30, some 230 FEMA emergency support tractor trailers arrived at the base for future deployment to hard-hit areas.

The base is also a staging area for the Army Corps of Engineers, which stands ready to respond to aid requests in the Southwest Region, a Maxwell spokesperson said. The trucks are carrying “water, meals, generators, and other equipment” for deployment “in a zone near the impacted areas,” with distribution determined by need, the spokesperson said. Some of the trucks will press on to Camp Shelby, near Hattiesburg, Miss., to be closer to the affected areas.

Columbus Air Force Base, Miss., a flying training base, did not evacuate aircraft, and a base spokesperson said the facility experienced high winds and heavy rainfall, but no damage, and no personnel were evacuated.

Barksdale Air Force Base, near Bossier City, La., did not fly its B-52s out ahead of the storm, nor did it receive any aircraft from other bases, and no personnel were evacuated, a base spokesperson said. Ida “passed the surrounding area and did not directly affect the installation,” she said.  The 2nd Bomb Wing and the base are ready to respond to aid requests, she added.

An Eglin Air Force Base, Fla., spokesperson said no aircraft or personnel were evacuated there and the storm had “no impact” on base missions.