Skip to content
The Air Force is pursuing two hypersonic weapons, the boost-glide AGM-183A, shown here on the wing of a B-52 Stratofortress before a test flight in August, as well as an air-breathing Hypersonic Attack Cruise Missile that would never depart the earth’s atmosphere. Giancarlo Casem/USAF
Expand Photo 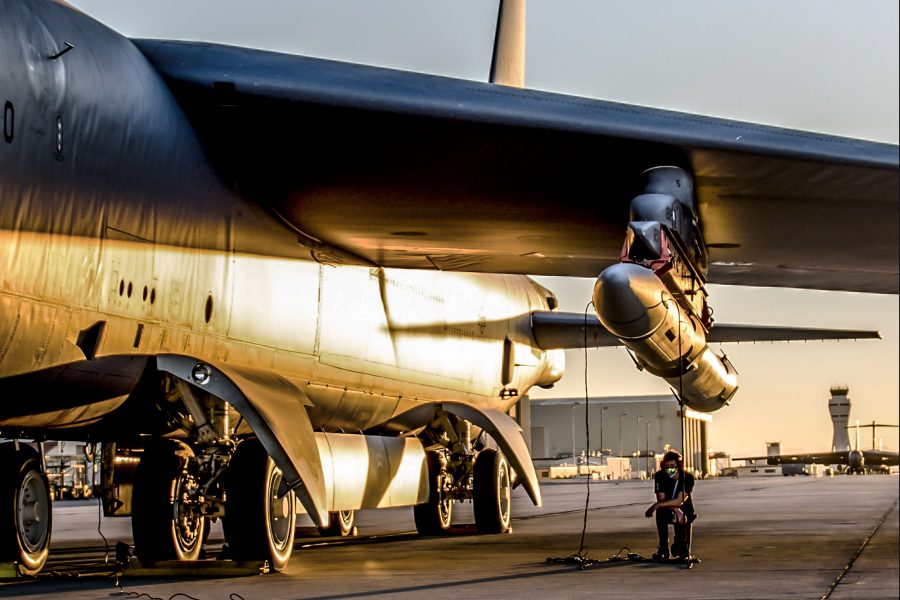 A rewrite of the Pentagon’s acquisition rulebook is allowing the Air Force’s AGM-183A Air-launched Rapid Response Weapon (ARRW) to progress five years faster than it would have under previous procedures, the service’s top uniformed acquisition officer said Dec. 3. The missile will achieve operational capability before the end of 2022, he said.

“If we had planned this as a traditional program, it would have taken an additional five years,” Lt. Gen. Duke Z. Richardson, military deputy to Air Force service acquisition executive Will Roper, said in a National Defense Industrial Association online program on acquisition reform. The ARRW “started in May of ’18,” and, although it has experienced “some hiccups,” it will achieve an early operational capability “by the fourth quarter of ’22,” he said, with “a residual capability once that’s done.”

The ARRW is the Air Force’s “hallmark rapid prototyping program,” he said.

The Pentagon, at the direction of acquisition and sustainment chief Ellen M. Lord, undertook a rewrite of the 5000-series acquisition rulebook, which was signed off by Deputy Defense Secretary David L. Norquist in September. Pieces of the rules changes—abetted by congressional authorities to skip some non-value-added reports and steps in the interest of speed—have been applied over the last few years.

Once the ARRW rapid prototyping phase is complete, “we’ll make a decision … whether to roll into a rapid fielding or do a major capability acquisition,” Richardson said. “Thankfully, that’s not a decision we need to make today.”

Richardson praised a new series of Pentagon “pathways” to identify the type of program or service to be acquired, which requires program managers to “think critically” about the optimal method of contracting and use a tailored approach.

“Our DOD acquisition workforce is very compliance-based; very prone to follow the rules as they’re written,” Richardson said. When he was a program executive officer on four programs, only rarely would programs request a tailored approach to contracting, even if they were well suited to such an approach.

“I would ask them, …‘why didn’t you ask me to tailor it?’ … They said, ‘We weren’t sure you’d say yes,’ or, ‘Could you just approve it, sir, we’ve done the work, approve it so we can move on.’” Richardson faulted himself for not “giving them PEO intent before they started the process.”

The new system demands that program managers tailor their contracts. “You’re not going to get past the first page unless you make decisions” about how the contract should be uniquely structured, he noted.

The new regulations “do a good job of forcing you to look at the risk, the urgency, the complexity of exactly what you’re buying and figure out which of these pathways you’re going to follow,” each of which have unique approaches and timetables. Software, for example, forces an iterative process under the new rules.

The new playbook also likely ensures that a single contracting method won’t hold for the duration of a program, he said. The rules compel the workforce to “think and not just follow recipes.”

She noted that nearly half of the Pentagon’s annual $124 billion expenditures on contracts is for services, and 80 percent of that is for sustainment.

The Air Force used the new rules to deliver a needed capability swiftly under the “urgent” pathway as it looked to find a means to transport COVID-19-infected personnel, Richardson said. The department received a Joint Urgent Operational Need statement “at the end of March, and we shipped the first ones in June,” he said. The choice of pathway affects the timelines of things like testing and product support, which are all spelled out in the new rules, he said.

In addition to Lord’s six pathways, Richardson told her during the event that the Air Force plans to request a seventh, “for space, because it’s different.” The Department of the Air Force doesn’t buy a lot of space systems, and their product support strategies are “quite different from everything else,” he said. While the service will first explore whether it can use the existing pathways, “We need to get after how we do space acquisition.” Lord did not respond to the comment.

Another benefit of the new regulations is that documentation can be plugged into the process in a more sensible way, where and when it’s truly needed, Richardson said. A great deal of time can be saved by not having to produce a “cataclysmic Milestone B”—the start of a major program—with acres of paperwork that must be read, commented on, and refined for a program to advance.

The F-15EX is another example of a program following the new rules, Richardson noted. As a rapid fielding program—without the need for rapid prototyping—the F-15EX could take advantage of development work already done by allies. “We’ve already awarded the Lot 1” contract, he noted. However, the program will likely shift to a “major capability pathway” once it gets underway.

Richardson said Congress and the Pentagon should give the acquisition workforce some slack on possible mistakes, which he said there will be over time.

“If we react in a negative way and start firing people” over mistakes that are honest, in the spirit of going fast, then the workforce will say, “‘OK, I see how this works, this is why I used to be risk-averse,’” he said. On the whole, there will be “more good than mistakes,” Richardson predicted.