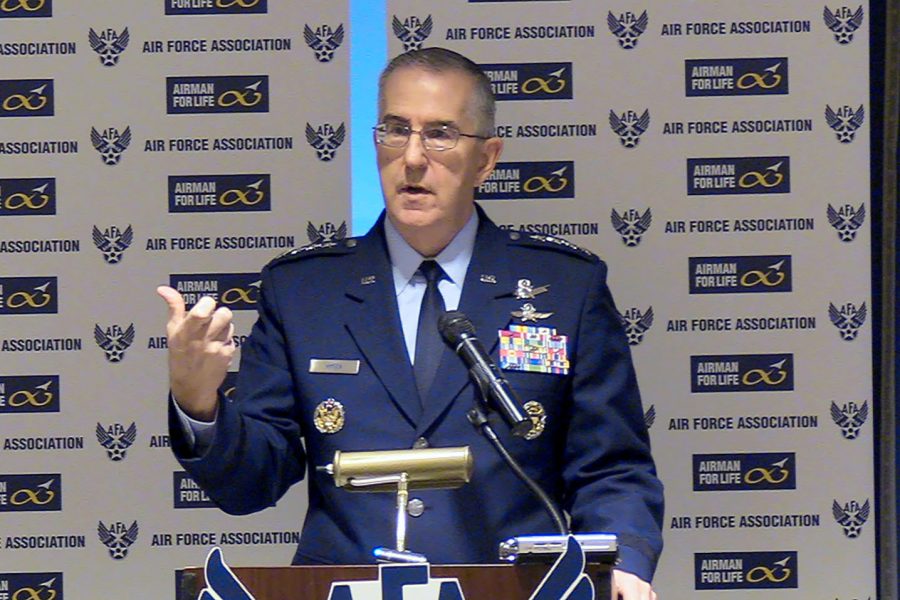 Vice Chairman of the Joint Chiefs of Staff Gen. John Hyten on Jan. 29 provided a nugget of insight into how the Pentagon will structure its first budget request for the Space Force since the new service was created in December, saying the process will shed light on previously hidden parts of the military space enterprise.

Right now, the Space Force only has one employee—its commander, Gen. Jay Raymond—and it encompasses just those assets owned by the Air Force. Over time, the service is expected to bring in space systems from the Army and Navy, while some federal space partners, such as the National Reconnaissance Office, will stay separate. Some money that goes toward programs at the NRO and others is already represented in the Air Force budget under a setup known as “pass-through funding.”

Setting up a budget that adequately reflects the Defense Department’s space investments will be one of the hardest challenges for the military as it stands up the Space Force, Hyten said at an Air Force Association breakfast on Capitol Hill.

Hyten, who in his past two jobs ran US Strategic Command and Air Force Space Command—the predecessor to the Space Force—added the budget was “one of the last concerns about bringing the Space Force under the Air Force.”

It’s unclear whether development and procurement efforts will move from the Air Force base budget to separate Space Force accounting sheets in fiscal 2021. The Air Force already has a budget section for Space Force operations and maintenance.

Transparency and specificity will be key, Hyten said.

“We’re basically going to have to carve out the different elements of the space capability, segment so that Congress can see what they all are, have the Space Force be able to structure that and manage that,” he said. “The Secretary of the Air Force still gets a vote on that. But Congress now gets insight into exactly what that is, how the money is going in, how it’s going out.”

The Space Force for fiscal 2020 received $40 million from Congress to fund the initial work to get up and running. The Trump administration is expected to release its fiscal 2021 budget request Feb. 10.