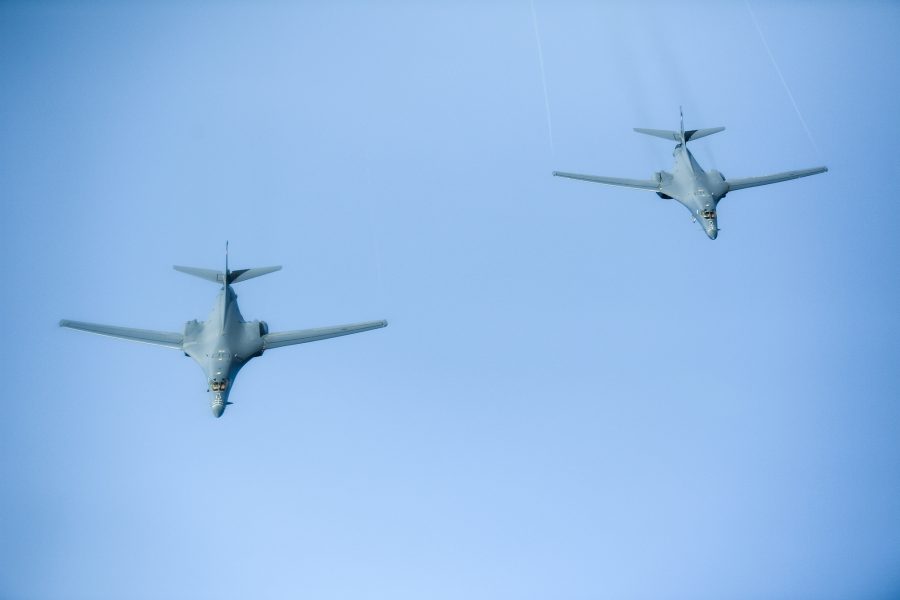 The health of the Air Force’s B-1 fleet, which spent much of 2019 plagued with readiness issues, has improved, enabling Air Force Global Strike Command boss Gen. Timothy Ray to send the bombers on a short-notice deployment to the Middle East with plans for a full task force rotation in the near future.

But in recent months, the fleet’s readiness has improved thanks to a focus on fleet management, additional maintenance assistance from Boeing, success in working through time-compliant technical orders, and by addressing problems with the aircraft’s egress systems. Now the B-1 is back in the planning rotation for deployments, Ray told Air Force Magazine on Dec. 8.

Ellsworth AFB, S.D., met its normal flying hours in November, and Dyess AFB, Texas, is expected to follow suit this month, he said.

“Our fleet is recovering and we’re flying more, so we’ll steadily build more aircrew readiness as we go,” Ray said.

Global Strike on Dec. 10 started practicing forward deploying B-1s again, with two Lancers from Dyess forward deploying to NAS Fort Worth, Texas, for a “bomber agile combat employment” exercise alongside supporting C-130s from Dyess and Little Rock AFB, Ark. The exercise is aimed at testing Dyess AFB’s ability to deploy bombers to austere or unfamiliar locations, according to AFGSC. Following exercises such as this and additional training for aircrews, Ray said he expects a full bomber task force deployment in the near future to the Pacific.

Despite the improvements, the B-1 still has readiness issues to address. While there are less B-1s in depot or other in-depth maintenance today than there has been over the last decade, there is no doubt the fleet has been significantly overworked. Military.com reported Dec. 9 the fleet may stop using its low-altitude terrain-following capability and remain at higher altitudes to avoid additional strain on the aircraft’s structure.

The command is also exploring how to physically change the B-1 to increase its capability in its conventional role. In September, AFGSC showcased a modified B-1 at Edwards AFB, Calif., with an extended bomb bay allowing it to carry a potential hypersonic weapon or 5,000-pound munitions. Additionally, the command is looking at reopening eight hard points on the aircraft’s wings to carry more bombs.

Earlier this year, Ray offered the B-1s to Air Forces Central Command for a short notice show of strength in the Middle East, as US Central Command was increasing its posture in response to threats from Iran.

“They needed to show a little bit of something different in CENTCOM because of Iran,” Ray said. “The B-1 wasn’t being considered for a lot of obvious reasons, but I saw an opportunity, and it was something I offered the [Combined Forces Air Component Commander].

“It was the right, unpredictable message … the Iranians and everyone else didn’t see coming. … It showed we can get bombers anywhere we want to and play in a different way,” he said.

The timeline was tight for the deployment. B-1s arrived in the Middle East just 51 hours after the initial phone call, Ray said. Lancers were already tasked with flying long distances as part of US Strategic Command’s exercise Global Thunder. “A lot of airplanes flew off, and in this case, more went further than was planned, and that was something that was a little different,” Ray said.

While the deployment took place around the same time as the high-profile raid on ISIS leader Abu Bakr al-Baghdadi, and the subsequent use of AGM-158B Joint Air-to-Surface Standoff Missiles to level his compound, the B-1s were just a “show of force,” Ray said.

This deployment was “completely out of the blue, … so I think what it shows is that we don’t need to park bombers in-theater full time, we can get there. I know I have the CFAC’s confidence that if he needs me, I’ll be there in nothing flat.”