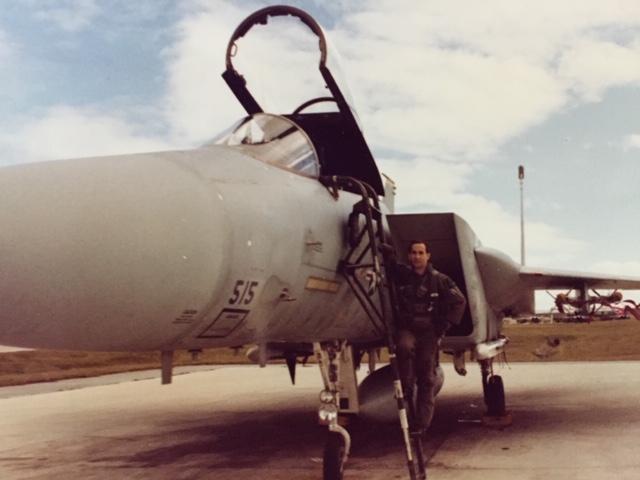 Sal Speziale studied in the halls of the U.S. Air Force Academy, flew the F-4 and F-15, and worked at the Pentagon while part of the Active duty Air Force. He later served with the District of Columbia Air National Guard, and spent over three decades as a commercial pilot with American Airlines.

Although he’s hung up his multitude of uniforms, the fighter pilot-turned-restaurateur is serving his country in a new way: By keeping the hospital workers and first responders on the frontlines of the war against the COVID-19 pandemic fed.

In addition to providing first responders with free meals from his Centreville, Va.-based Ciao Osteria, the 1978 Air Force Academy grad started a GoFundMe campaign that, as of press time, has raised more than $100,000 to cover the cost of meals for these everyday heroes.

The Palermo, Italy, native who grew up in New York City—the American city hardest hit by the virus so far—says he’s always given 50-percent discounts to police officers, firemen, and priests who visited any of his restaurants.

“That has always been … my way,” he said. “You know, I’ve taken care of the first responders.”

However, he’s stepped up that generosity amid the current coronavirus crisis.

Speziale said the effort started with a random act of kindness towards employees at Inova Fair Oaks Hospital, where his wife worked as a labor and delivery nurse for nearly two decades. According to Speziale, the couple called the hospital’s emergency department and asked if the staff was eating. When he learned that they were hungry, but had no time to dip out for meal breaks, he offered to bring them lunch.

An initial gift of “25 lunches … about three weeks ago” has since grown into an effort that has so far provided free meals to staff at Fair Oaks, Inova Fairfax Hospital, and Reston Hospital Center, two area fire stations, and more, Speziale told Air Force Magazine in an April 7 interview.

Speziale’s recollections of random acts of generosity from the community—including an unnamed “congressman from Chicago” giving him “a $750 check” after learning of his efforts—audibly moved him during the phone conversation.

“I’m a fighter pilot,” he remarked of the tears that escaped from his end of the call. “We’re not supposed to do this.”

He said these unsolicited contributions inspired him to start the fundraising campaign, whose homepage states that all donations received “will go towards food purchasing, while our restaurant will front the cost of utilities and service personnel.”

Though the world is being besieged with coronavirus-related tragedy, Speziale said he sees “an awakening” of compassion and kindness erupting out of the crisis.

“It’s gonna be a different world when we wake up out of this and a different country, you know, but I think it’ll be a better country.”