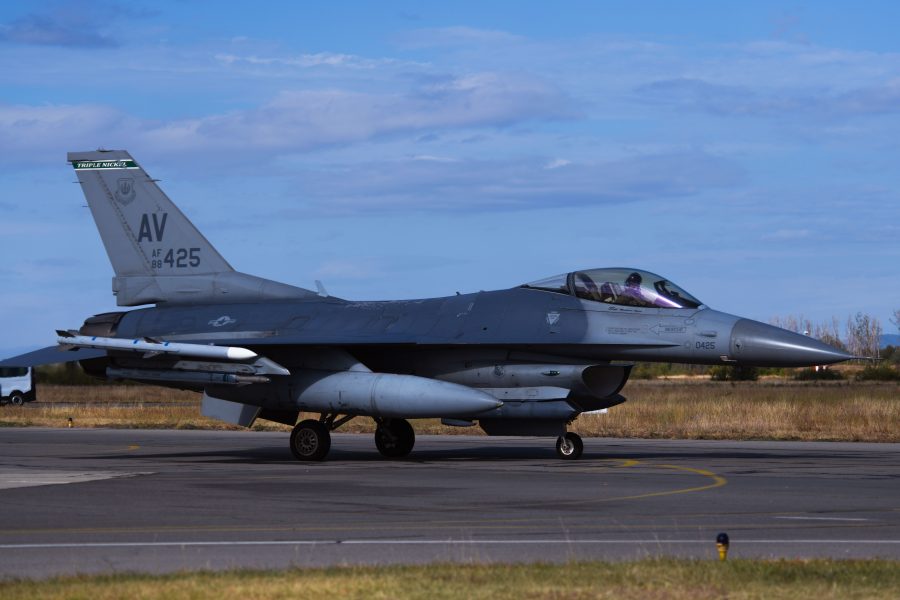 “One of the benefits of our long-standing partnership with the Bulgarian Air Force and other NATO allies is that opportunities like these allow us to face challenges in training, and enhance our real world capability,” USAFE-AFAFRICA Commander Gen. Jeffrey L. Harrigian wrote in an emailed response to questions from the magazine.

“As we leave Bulgaria, we are thankful for the opportunity to support the eAP mission as guests, and look forward to more opportunities to work with the Bulgarian Air Force, especially as they grow their fleet of block 70 F-16’s,” Harrigian wrote, adding that Bulgaria’s recent purchase of the fighters will enhance NATO interoperability and provide “a highly capable, advanced, and interoperable aircraft to defend the skies in the region.”

During NATO’s enhanced Air Policing—or eAP—missions, extra fighter detachments rotate in and out of NATO’s Eastern Flank to help safeguard its skies. The effort was one of the measures all member nations agreed upon in 2014 to reassure regional allies in the wake of Russian activity in Ukraine and Crimea, Rodts explained.

“Operating together enhances NATO’s interoperability and fosters friendships that will be critical in times of crisis,” he added.

Bulgaria and Romania can use their own aircraft to police their sovereign skies, but the backup provided by USAFE increased NATO’s ability to protect its airspace “and sends a signal of readiness and deterrence,” Harrigian wrote. He noted that eAP missions are part of the equal protection NATO affords to its member nations, since they help the alliance “ensure a single standard of security for all Allies,” even if their respective militaries don’t boast “the full range of air defense assets.”

“Our presence in the region and commitment to the defense of our allies are important symbols of assurance and provide deterrence against potential adversaries,” Harrigian wrote. “While our participation with eAP is unrelated to the reposturing of forces in Europe, it is in line with the [2018 National Defense Strategy] and consistent with other adjustments the United States had made within NATO in previous times.”

Harrigian and USAFE did not say whether Bulgaria or other areas in the Black or Baltic Sea regions might house aircraft or Airmen from Spangdahlem Air Base in the future.

“The Department of Defense continually assesses its global force posture as part of its dynamic force management process to increase deterrence and assurance world-wide,” responded Rodts. “No final decisions have been made yet.”

Russian military planes routinely fly in the international airspace over the Black Sea, but NATO’s Integrated Air and Missile Defense Systems keep the alliance “constantly and fully aware of this activity.” The alliance also stands ready to launch fighters to “either meet and escort Russian military aircraft [operating] in international airspace close to” NATO’s or to respond to aircraft in distress, a NATO Allied Air Command Public Affairs spokesperson told Air Force Magazine.

USAFE hasn’t seen an uptick in intercepts of its aircraft in Europe since the since the Triple Nickel’s support of the eAP mission began.