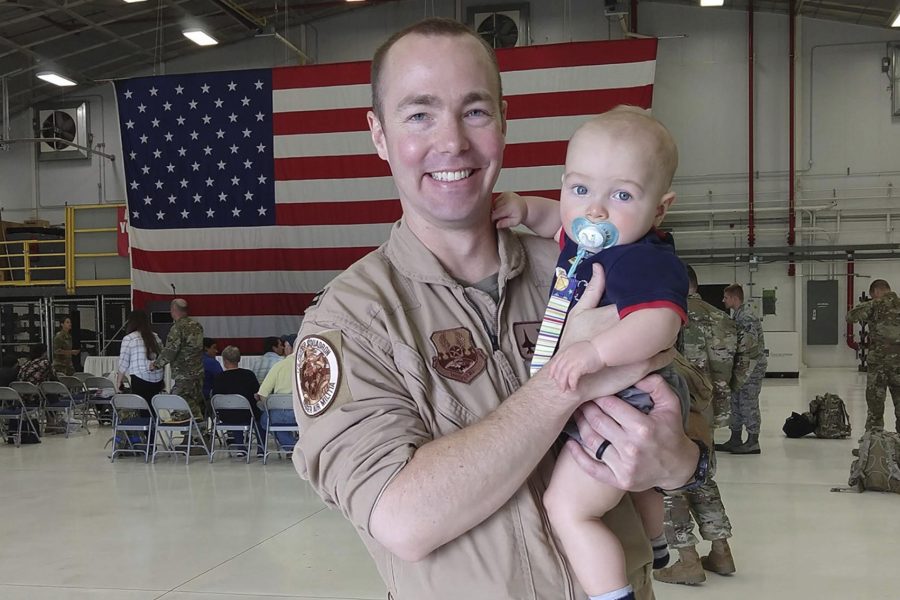 A Wisconsin Air National Guard pilot experienced spatial disorientation while flying at night, in bad weather, and without working GPS, causing his F-16 to crash in a wooded area of northern Michigan, according to an Air Force Investigation released June 9.

Capt. Durwood “Hawk” Jones, 37, was killed instantly in the Dec. 8, 2020, crash in the Hiawatha National Forest. He was assigned to the 176th Fighter Squadron, 115th Fighter Wing out of Truax Field Air National Guard Base.

Jones and his wingman were scheduled to take part in an aerospace control alert training mission the night of Dec. 8, when the Wisconsin Civil Air Patrol aircraft, expected to serve as the intercept target, canceled because of poor weather near Green Bay.

The two F-16s took off as a two-ship to practice a scramble flight, using a backup instrument profile, relying on the aircraft’s avionics during the night flight. The pilots were also wearing night-vision goggles during the flight.

During the sortie, Jones noticed his GPS was degraded because of the loss of satellite tracking data. He decided to perform an “in-flight alignment” of the aircraft’s inertial navigation system while troubleshooting the GPS problem. While doing this, the two F-16s performed a lead swap, with the wingman taking point.

After switching, Jones continued to try to diagnose the navigation problems and then lost visual contact with the wingman. At one point, the wingman asked Jones if he could see him, and Jones radioed that he was “blind.”

The two pilots established deconfliction “via vertical and horizontal means,” during which Jones apparently became spatially disoriented. His F-16s went into a series of heading, altitude, and attitude changes. The F-16’s nose dropped to 90 degrees low, at 135 degrees of right bank, and at a speed of 600 knots “that terminated with controlled flight into terrain,” according to the report. He did not attempt to eject.

The aircraft was completely destroyed. After losing radio contact, the wingman stayed on scene to start search and rescue. Other USAF and Coast Guard aircraft also participated in the search and local agencies responded to the scene.

Because of the extent of the crash, investigators could not analyze physical evidence from the F-16 and instead relied on interviews, radar data, and radio recordings to determine the cause.

The Air Force Accident Investigation Board report states the cause of the crash was the pilot’s inability to recover from spatial disorientation. The combination of night, weather conditions, the use of night-vision goggles, low illumination, the aircraft’s speed and position, and the pilot’s breakdown in visual scan of the aircraft’s instrumentation impacted his “ability to recognize, confirm, and recover from the unusual attitude created by the spatially disorienting event,” the report states. Additionally, the pilot’s fixation and the degraded GPS satellite tracking system contributed to the crash.

Jones, a native of Albuquerque, New Mexico, joined the Air National Guard in 2011. He had deployed to Japan, South Korea, and Afghanistan, where he received two Air Medals with “C” devices for operating while exposed to hostile action or under significant risk of hostile action.

“We are deeply saddened by this tragic loss. Our thoughts and prayers are with the family during this difficult time,” 115th Fighter Wing Commander Col. Bart Van Roo said in a Dec. 10 release. “Today is a day for mourning. The 115th Fighter Wing and the entire Wisconsin National Guard stands with the pilot’s family as we grieve the loss of a great Airman and patriot.”