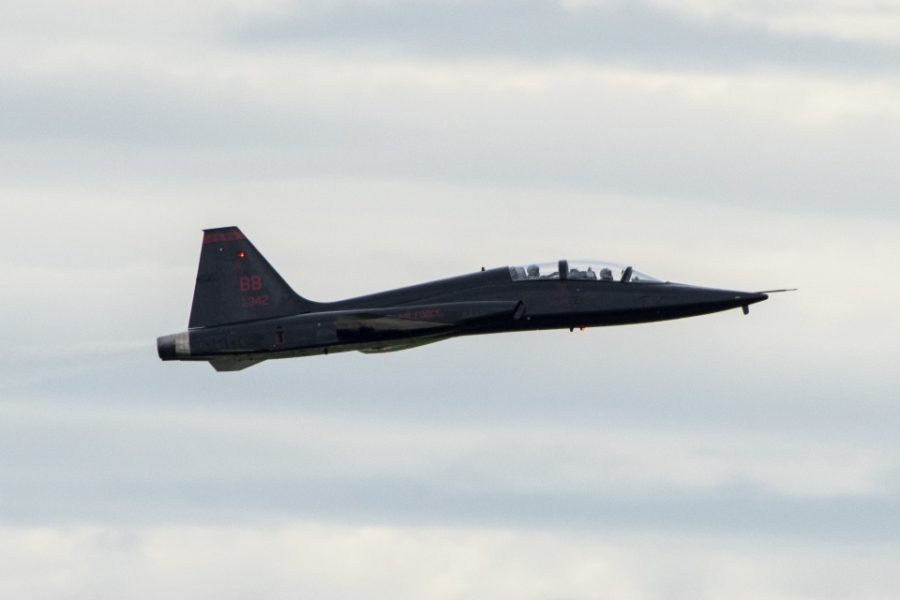 An Air Force pilot’s mistake in raising landing gear too quickly during a touch-and-go landing was the main cause of a February crash of a T-38 trainer jet, according to an accident investigation report published June 29.

The crash, which occurred Feb. 18 at Sacramento Mather Airport, Calif., involved a pilot from the 1st Reconnaissance Squadron, 9th Reconnaissance Wing, at Beale Air Force Base, Calif. The pilot and the instructor pilot escaped without injuries, but the incident caused roughly $3 million in damage to the T-38A.

On the morning of the accident, the pilot and the instructor were engaged in a training mission involving touch-and-go landings, during which the aircraft briefly lands, then immediately takes off again without fully stopping.

The instructor conducted one successful touch-and-go landing, and the aircraft then circled back and the pilot took control for another attempt.

After initially touching down successfully, the pilot advanced the throttles for takeoff. While doing so, he felt the aircraft “unstick” from the ground, he told investigators. Believing the upward motion to be an appropriate climb away from the runway, the pilot then retracted the plane’s landing gear.

The accident investigation board found no evidence of any maintenance or weather issues contributing to the crash, nor any problems with “unit culture, risk management, mission preparation, planning, or briefing.” Both pilots were qualified to fly the mission, and conditions were favorable.

Instead, investigators faulted the pilot for relying on a “seat of the pants feel” to decide the aircraft was airborne with a positive rate of climb instead of verifying it through available instruments in the cockpit and visual cues.

While no one was injured in the crash, the T-38 has been involved in a pair of deadly mishaps in recent years. On Feb. 19, 2021, one day after the Sacramento crash, 1st Lt. Scot Ames Jr. was killed when his T-38 crashed near Montgomery, Ala. In November 2019, an instructor and student pilot died while attempting a T-38 formation landing at Vance Air Force Base, Okla.