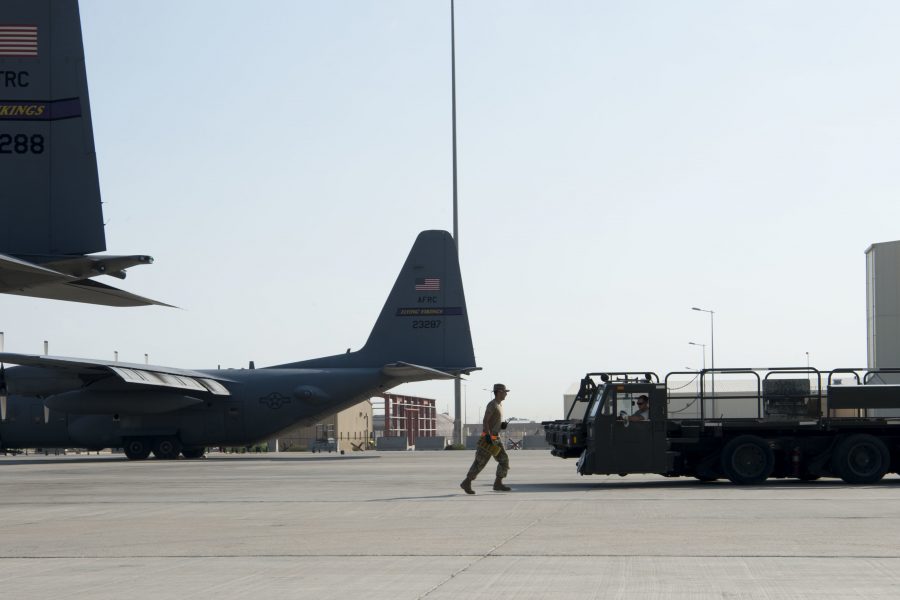 American personnel at Al Udeid Air Base, Qatar, and Al Dhafra Air Base, United Arab Emirates, briefly took cover after Iran launched ballistic missiles into the nearby Persian Gulf, which landed in the sea without incident on July 28.

At about 5:30 a.m. local time, Iran launched missiles from within its borders as part of an ongoing exercise. An “initial assessment indicated a potential threat,” U.S. Central Command spokeswoman Maj. Beth Riordan said in a statement.

“The incident lasted a matter of minutes, and an all-clear was declared after the threat indicator had passed,” Riordan said. “The safety and resilience of our service members and coalition partners is a top priority.”

CENTCOM “condemns these irresponsible missile launches in the vicinity of a congested maritime shipping lane,” she said.

The incident comes about seven months after Iran launched more than a dozen ballistic missiles at al-Asad and Erbil bases in Iraq, causing more than 100 traumatic brain injuries in U.S. service members.

In that incident, U.S. space assets first detected that missiles had launched and determined their trajectory, warning personnel on the ground to take cover.

The possibility that Iran could hit Al Udeid in a missile strike has altered how the Air Force operates in the region. As of this spring, the service no longer houses its strategic bombers at the base because it lies within firing range of Iranian missiles. Instead, the service sends bombers on shorter task force deployments to the region or, as was the case with the 20th Bomb Squadron’s deployment earlier this year, operated from the Indian Ocean island of Diego Garcia instead of Al Udeid.

“It didn’t take Al Asad for me to see that you don’t want to park your strategic assets in the ballistic missile engagement zone,” Air Force Global Strike Command boss Gen. Timothy M. Ray said in April. “We’ve thought like that for a long time.”