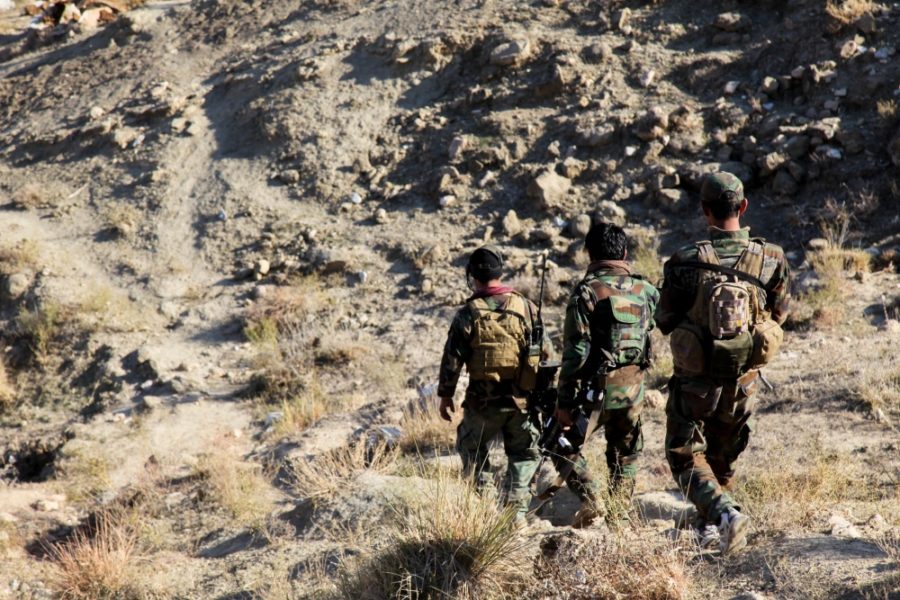 As the U.S. military’s withdrawal from Afghanistan reaches its final stages, the Islamic State’s Khorasan branch in the country remains a “serious threat,” warned John T. Godfrey, the acting U.S. Special Envoy for the Global Coalition to Defeat ISIS.

Speaking with reporters on a call July 1, Godfrey echoed other recent warnings from American officials and generals that the Islamic State group’s presence in Afghanistan, thought to be severely diminished just a few years ago, is far from completely eradicated.

“Regarding the ISIS-Khorasan branch in Afghanistan, it is a group that we have been focused on for some time. We assess that it constitutes a serious threat. It’s one that we’ve certainly been focused on,” said Godfrey, who also serves as acting coordinator of counterterrorism in the State Department. “And I think that the assessment … by U.S. military leadership of the potential for that group to reconstitute capability within two years is consistent with what we’ve heard from other quarters of the U.S. government, so I think we would echo that.”

Concerns over the stability of the Afghan government have increased significantly as the U.S. drawdown there continues. More than 50 percent of U.S. troops are now out of the country, the Defense Department has said, and reports from Reuters and CNN indicate the formal withdrawal could be complete in a matter of days.

At the same time, the Taliban has surged, seizing a number of strategically important districts. Gen. Austin S. Miller, commander of NATO’s Resolute Support Mission, offered a bleak assessment of the situation June 29, warning of a potential civil war, according to the Associated Press.

U.S. defense officials have said they will continue to conduct “over-the-horizon” operations in support of Afghanistan once the withdrawal is complete, though details on where forces will be stationed long-term have yet to be publicly shared.

Defense Secretary Lloyd J. Austin III met with Uzbekistan Minister of Foreign Affairs Abdulaziz Kamilov at the Pentagon on July 1. Uzbekistan shares a border with Afghanistan and has reportedly already been approached by U.S. officials about potentially letting American forces use bases in the region.

The particular threat of ISIS in Afghanistan, meanwhile, is one that cannot be ignored, Godfrey said. While the Taliban remains the largest threat to the Afghan government and has waged offenses against ISIS-Khorasan in the past, the Islamic State has shown a capability for resilience, both in Afghanistan and more broadly.

“They remain quite persistent and quite patient in terms of trying to reconstitute capability and reassert some level of presence, and in some cases control, in areas where they’ve previously suffered setbacks,” Godfrey said.

And while the organization as a whole retains hopes of re-establishing a territorial caliphate in Iraq and Syria, it continues to increase its presence in other Asian and African countries, Godfrey said. That marked a key emphasis in the Global Coalition to Defeat ISIS’s Ministerial in Rome on June 28.

“One of the things I think is interesting about that is that they have managed to devolve some level of authority to those local wilayat in terms of organization, revenue generation, and in some cases, the authority to plot and execute attacks,” Godfrey said. “And that, I think, is something that is quite troubling and that we remain quite focused on.”