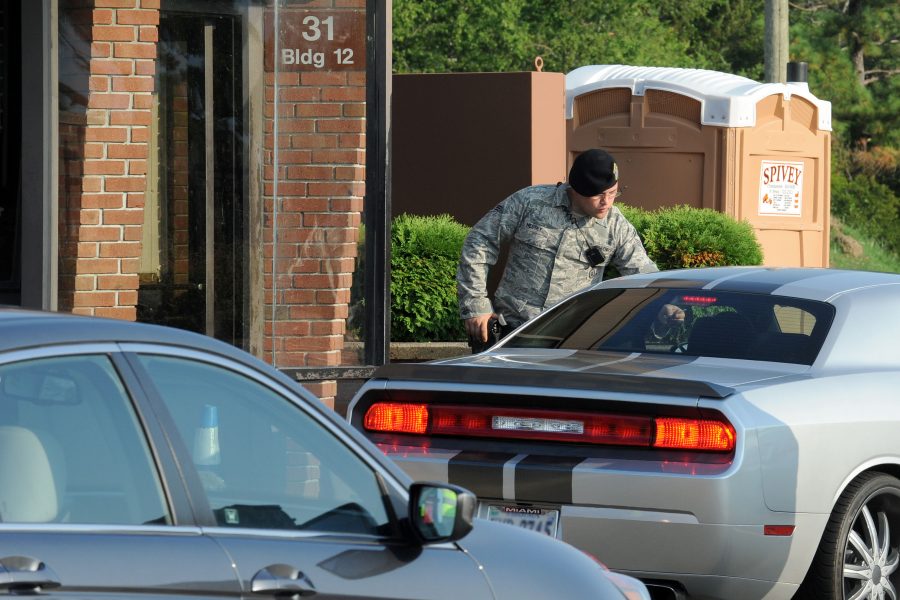 At least three domestic Air Force bases have changed the way they handle base visitors since the Feb. 4 breach at Joint Base Andrews, Md., in which an adult male made his way onto a C-40B aircraft assigned to the 89th Airlift Wing and sparked a global base security review of all Air and Space Force installations. However, Andrews was the only base to identify the incident as the impetus behind its posture shift.

While Andrews suspended its Trusted Traveler Program almost immediately after the breach, Joint Base Langley-Eustis, Va., and Joint Base San Antonio, Texas, also have since altered the way they handle base visitors.

“Members can still sponsor individuals onto the installation, but will need to do so via obtaining a visitor[’s] pass at the Visitor Control Center at Langley’s LaSalle Gate or Eustis’ Main Gate,” the base wrote in a Facebook post.

Base Trusted Traveler Programs permit drivers with valid Defense Department Common Access Cards to vouch for people in their vehicles to enter installations without requiring those passengers to be pre-cleared by their Visitor Control Centers. However, these passengers must still present valid state IDs to base defenders.

A 633rd Air Base Wing spokesperson told Air Force Magazine on Feb. 10 that, as a matter of policy, it doesn’t discuss the rationale behind changes in the installation’s security posture—including the current Trusted Traveler Program suspension—due to operational security concerns.

“Each installation commander has the authority to maintain or suspend his/her Trusted Traveler Program,” Air Force spokesperson Lt. Col. Malinda Singleton told Air Force Magazine in a Feb. 10 email. “Some commanders have decided to suspend their programs while others may choose to/not to suspend their programs as they review their installation security programs and procedures.”

JBSA, on the other hand, is now requiring all base visitors to present their CACs for scanning and photo verification at its gates, prohibiting the scanning of CACs through vehicle windows, and reserving the right to require physical CAC inspections.

Defenders also may order visitors to lower their masks to help verify their identities, the base explained in a Feb. 8 Facebook announcement.

“These actions may cause delays or require personnel to adjust their routine, but they are necessary to protect the installation, mission, and personnel,” the base wrote.

These changes came as a result of “recent security incidents at military installations around the world,” the post stated.

Editor’s Note: This story was updated on Feb. 10 at 6:51 p.m. EST to include information from JBSA.