Skip to content
A banner alerts the public to social distancing measures being taken at the Kadena Air Base Exchange. Photo via Kadena AB on Facebook.
Expand Photo 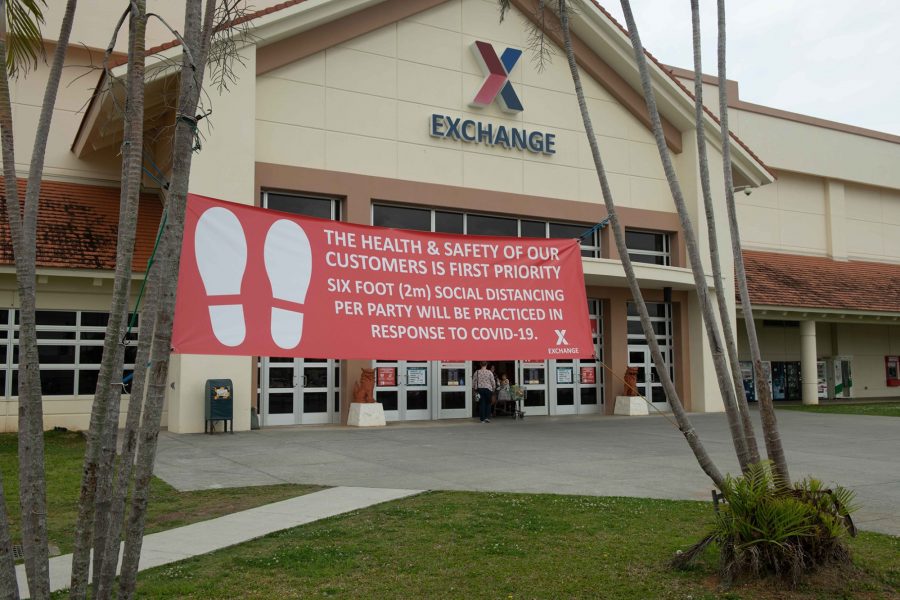 Carey announced the tactical pause on March 29 via Facebook, saying it was prompted by a need to “sort through” new guidelines and rules, as well as a need to “continue to adjust and harden our defenses” against the new coronavirus outbreak.

The goal of the pause is to educate Airmen and the base community on the threat posed by COVID-19, to improve understanding “on the multiple layers of protective measures currently in place, with a focus on knowing them and following them,” and to “improve … defensive measures in order to better protect our community in the days ahead.”

During the pause, many base facilities and support services are closed. Several facilities that remain open—such as the commissary, exchange, food courts, and post office—are marked and arranged for social distancing. For example, stickers on the floor in the commissary checkout line show patrons how far apart to stand from others.

Additionally, the Kadena Medical Clinic has converted all routine medical appointments to telephone appointments “until further notice,” and the clinic will no longer offer walk-in treatments.

Despite Okinawa’s location and popularity with tourists from countries that have been hit hard by COVID-19, only six cases have been confirmed in the local population. In a video posted to Kadena’s Facebook page March 30, Col. Kevin Hettinger, the 18th Medical Group’s public health emergency officer, said all of the cases on the island “have been related to travel,” and there is “no evidence of community spread.”

Both Airmen who have tested positive “were feeling well when they returned [from Europe] and became symptomatic at a later point,” he said. “We’re very fortunate that those individuals remained on their restriction of movement, which limited their exposure to us.”