Skip to content
The boom of a KC-46 Pegasus extends to reach the universal aerial refueling receptacle slipway installation of a C-17 Globemaster III during a refueling training flight near Joint Base Lewis-McChord, Wash., Feb. 14, 2019. The KC-46 boom's issues have resulted in delays and extra costs. Air Force photo by Senior Airman Tryphena Mayhugh.
Expand Photo 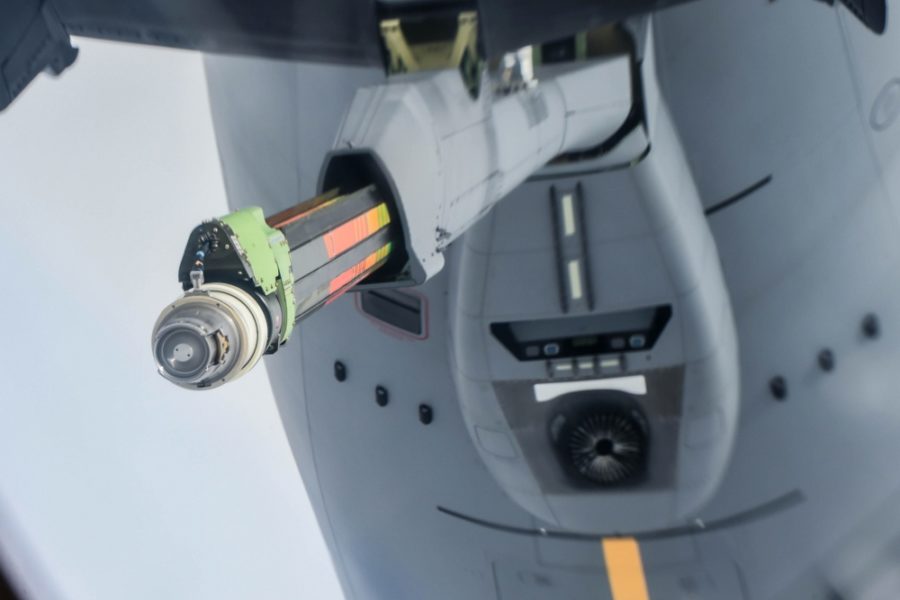 The Air Force didn’t effectively oversee the development of the KC-46’s refueling boom, leading to additional delays and costs and a lingering deficiency that prevents the tanker from refueling some USAF aircraft, according to a new Pentagon watchdog report.

The Defense Department Inspector General, in a report released May 27, said the Air Force’s KC-46 Program Office didn’t effectively manage the development of the refueling boom, specifically following a redesign of the system in 2012. That year, Boeing presented a system design during the preliminary design review that “differed significantly” from the initial design from the 2011 contract award.

Despite the new design, the Air Force did not “ensure that critical technologies for the refueling boom were demonstrated in a relevant testing environment,” and it “did not verify full functionality” of the boom in accordance with the program’s own plan when performing flight tests, the IG found.

The Program Office didn’t revalidate changes to critical technologies “at any point during the engineering and manufacturing development phase, since revalidations were not required by DOD policy,” the report states. The office decided, with approval from the Pentagon, in 2014 that reduced flight testing was fine to evaluate the performance of the tanker in support of a 2016 Milestone C decision. Officials believed, since the KC-46’s boom is based on the proven system on the KC-10, further assessment of boom technologies was not necessary.

Because of this, in 2018 when the company tried to test full functionality of the boom system, test results showed the boom was problematic during refueling of A-10, C-17, and F-16 receivers. The KC-46 still can’t refuel the A-10 and some variants of the C-130, with operational limits on several other airframes, according to the DOD IG.

These problems led to August 2019 and March 2020 contract modifications at a cost of $100 million to redesign the KC-46’s refueling boom, with a retrofit not estimated to begin until January 2024.

“Had KC-46 Program Office officials effectively managed the development and testing of the refueling boom for the KC-46A tanker, the Air Force would not have had to spend an additional $100 million for the redesign of the refueling boom to achieve its required performance,” the IG’s report states.

Going forward, the IG recommended that the Pentagon’s acquisition officials conduct “knowledge-building technology readiness assessments” throughout the buying process, including at preliminary design review, critical design review, and Milestone C “at a minimum.” The Defense Department also should develop and execute technology maturation plans “for critical technologies that have not been demonstrated in a relevant testing environment.” The Pentagon’s director of Development, Test, Evaluation, and Assessments agreed with these recommendations.